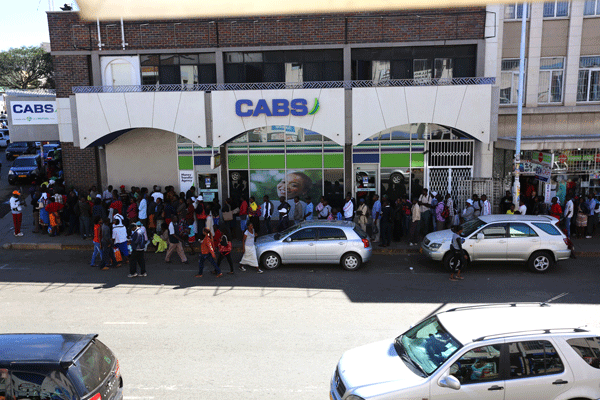 Central African Building Society (Cabs) says it is focused on providing long-term finance and has already secured over $30 million in credit lines, which is ready for disbursement to export-oriented productive sectors, managing director Simon Hammond has said.

The wholly-owned Old Mutual Zimbabwe subsidiary is the largest mortgage lender in the country.

Hammond said Cabs was also in negotiations for more facilities with development financial institutions from around Africa.

“To date, the society has above $30m in credit lines, which is ready for disbursement to export-oriented productive sectors.”

Hammond said as at June 30 2018, Cabs’ borrowings were $37 million. The mortgage lender has managed to settle all its obligations as and when they became due.

“We continue to offer value chain-based financial packages comprising lending, investments, and transactional business through digital channels as well as Bancassurance. We believe these are sustainable to drive the business into the future,” he said.

The Cabs boss said the building society had put in place a facility with a three-and-half year tenor to assist the private sector.

“CABS has spent over $350 million towards funding the private sector. Our loans to deposits ratio is above 65%. The society continues to mobilise long term deposits to support lending,” he said.

“The society has managed to reduce the non-performing loans ratio through its rigorous assessment of clients prior to onboarding as well as continuous engagements during the tenure of the loan,” he said.

Newer Post
I’m fixing a problem bleeding the economy: Mthuli
Older Post
Is justice for all a reality in Zim?