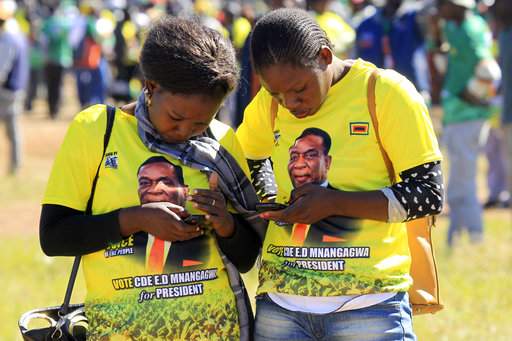 When I open an email from Tendayi Reuben Mbofana, who writes for The Zimbabwean, I make sure I have time on my hands to answer difficult questions. You see Mbofana has bribed me by flattery. He wants to walk in my shoes.

Realising that my longevity must decline while his must rise, I agreed to share as much wisdom as I can within the short time left in my life.

Sometimes he asks me questions I am uncomfortable in answering. Why is it that those sent to do Zanu PF dirty murderous work always meet with an unenviable tragic end? (June 4th).

Dr Martin Luther King warned his audience in one of his last sermons that while evil appears to prosper in the short run, “the ark of the moral universe is long, but it bends towards justice.” (March 31, 1968)

There are many laws that militate against evil doing, but because of the immediate “shine” that accompanies such actions, the audience goes to sleep and the malefactor imagines that the divine laws too have gone to sleep.

My beloved brother Tendayi, malefactors or enablers often forget that God’s angels do not sleep.

Once upon a time there was a man in the Land of Oz, he was a chief justice, he walked on water, and all the people were afraid of him.

Stone Beattie Studio had deposited US$142 000 at CABS Banking Centre.

That was all the savings of a lifetime Stone had. When he went to collect his money, he was given fake Zimbabwean dollars, nicknamed Real Time Gross Savings (RTGS). The poor man went before the gate seeking justice.

Chief Justice Luke Malaba and his cohorts at the Supreme Court, ruled, as they had done before,
that the RTGS was equivalent to the US dollar.

Stone was not the only one.

The learned judges pretended that all was right in Zion. They continued to say big words and they proclaimed the rule of law.

That was then, but it is now. Malaba, having reached the age of 70 faces imminent retirement.

If the former judgment is held,

Malaba will be earning RTGS3 000 plus a month, or the equivalent of US$30.

Rejoice. The mighty one are humbled before Him.

My information is that the learned judge wants his retirement payout in US dollars.

Our legal expert, Alex Magaisa says: “If Malaba left office on May 15th, 2021, he would have gone home (after 41 years on the bench) with very little to live on for the rest of his life because he would be paid in Zimbabwe dollars.”

Assistant police commissioner Crispen Makedenge is described as “brutal” in his handling of opposition members from General Lookout Masuku, activist Silvanos Mudzvova, and our own Hopewell Chin’ono.

Early on in his career he had pleased then prime minister Robert Mugabe by his brutal treatment and refusal of medicines to Masuku.

When I visited Masvingo in 2016, where he had been “relegated” on account of his waning mental capacity, he was already very sick.

Suffering from what the Bantu call “return of dead spirits”, rejected, unloved by those who had urged him to do evil deeds, a lonely figure, given to hallucinations, he often mentioned the spirit of a woman called Bona as tormenting him.

Makedenge also complained about shadowy figures approaching his car. On the 19th of September 2019, he went into a lonely retirement.

But my little brother Tendayi, the mother of all the avenging spirits can be found in the life and times of one called Karigamombe, Robert Gabriel Mugabe.

In his life, he sought to own whatever or wherever he placed his eyes; 30 farms he owned, parliament of Zambesia was but a rubber stamp in his hands, 20 000 Ndebeles died without cause during his watch.

In the Murambatsvina saga, 600 000 Edirty souls) were cleansed from his sight and driven into destitution.

But my little brother, I will not bother you with details, which you already know. Your question was whether there is such a reality as an avenging spirit, whether the orphans and urchins who were splashed with dirty water as his motorcade sped to the airport will sit in Abraham’s bosom.

As you know I am only a door keeper in the Lord’s house, and I have my own sins to worry about.

What I do know, however, to answer your question, is that even before his death, that Karigamombe and his family found the land he had once owned, disowned him.

He had sworn he would live and die in his own Zambesia. He was a wonderer in his last days, old, decrepit, in Singapore as an unwanted guest.

What I know is that the end was not merciful to him. His body was not allowed to rest, even in his mother’s house. His family feared desecration, his followers claimed veneration, but the twain could not agree as to which was which.

Tendayi, please, my little brother, be merciful to me. You ask me difficult questions. I cannot answer any of them with certitude.

Only this I know, many of my brothers who once walked on water, doing evil in the sight of the

Lord, came to a bad end, even while they yet lived.

“Kenny my boy,” the school master used to warn me, “it does not pay to be bad in the long run.”

Ask Brother Malaba about his fake dollar, whether he rejoices as he enters retirement. Ask Makedenge if he rejoices, as he chases the company of shadowy figures desiring to jump into his car.

Little brother, go watch the ant and be wise. Be humble; fear God and you will sleep well.

l Ken Mufuka is a Zimbabwean patriot. His best seller, Life and Times of Robert Mugabe (Dream Betrayed) is available from Innov8 Bookshops in Zimbabwe and at kenmufukabooks.com in the wider world