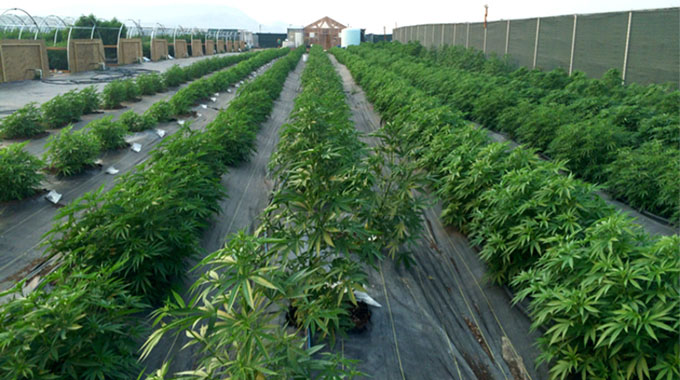 Daniel Chigunwe Mash Central Correspondent
CANADIAN investors are scouting for business opportunities in Guruve in a bid to secure 10 000 hectares of land for marijuana farming due to the area’s favourable climatic conditions.

Discussions are already at a preliminary stage.

Guruve South legislator Cde Patrick Dutiro confirmed that investors had approached his constituency to embark on the project in line with Government’s policy on industrial purposes of marijuana farming.

Several parts of Mashonaland Central are climatically ideal for marijuana farming and investors have identified Guruve as one of the areas with favourable temperatures for the plant production especially during the rainy season.

“The province is very ideal for mbanje farming due to the favourable temperatures and research has shown that Guruve is the only district which has optimum rainy season temperatures of 20-30 degrees Celsius which are most favourable with this plant.

“Cannabis juice is used for medicinal purposes and the residue fibre for car dashboards which are environmentally friendly,” said Cde Dutiro.

Recently there has been mixed reactions over Government’s move to legalise production of cannabis with calls for the reduction of licensing fees to include small-scale farmers especially those who have been growing the plant in places like Binga, Chiweshe and Dande.

“What it means is that Government wants large-scale growers whom it can monitor hence the $50 000 is meant to be a deterrent against small-scale farmers.

“We have two options with our investors since they want land, we have convinced them to come up with an out-grower schemes for contract farming in Guruve or to secure them land in Dande.

“Currently there are in talks with a Guruve white farmer to seal the deal.

“Previously before marijuana farming was legalised, we had advised the investors to develop a non-intoxicating seed which, however, could meet the same purposes for laboratory use,” added Cde Dutiro.

Mashonaland Central Province has always been the home to illegal marijuana farming with areas like Dande, Guruve and Chiweshe leading in the production

Research by medical experts have shown scientific evidence that cannabis has medical benefits in anorexia, epilepsy, therapy and glaucoma.