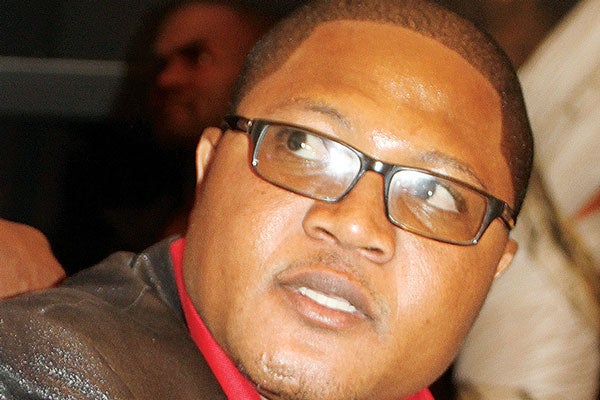 SOMETIME in September last year, I was part of a group of journalists from across the media divide that were invited to a welcome dinner for Kenneth Wetzel, who had just arrived to assume the post of public affairs officer at the United States embassy.

President Emmerson Mnangagwa had just announced his new ministers and their deputies and the conversation predictably moved to discuss the President’s picks.

A name that stood out for me was that of Energy Mutodi, the new Information deputy minister, not just because he would somewhat oversee the media sector in the country, but I was worried that he was prone to eccentricities and did not have the maturity for that ministry or any ministry for that matter.

Some of my colleagues thought he was a good pick and that he was educated.

I was not convinced and a year later, I am afraid those fears have been vindicated.

An acquaintance on Twitter recently posted that if you wanted to know what this government was thinking then you should follow Mutodi and not Mnangagwa’s elaborately polished and sometimes out of touch account.

Mutodi’s tweets are coarse, his mannerisms brash and he seems to think he can get away with anything and this I suspect is because he knows he can because he could be speaking the language of the people at the very top of the governance structure.

Just hours before the missing Zimbabwe Hospital Doctors’ Association acting president Peter Magombeyi was found, Mutodi tweeted that the doctor would soon return home and should sober up.

The timing of that tweet was quite interesting and any sceptic will surely assume that it was more than just a mere coincidence.

Just recently, in typical Mutodi-foot-in-mouth style, he tweeted that someone should rather look for a place at Midlands State University (MSU) rather than the University of Cape Town (UCT), ostensibly because the South African university was better than the local one in terms of quality.

He said his interlocutor had a low IQ and MSU would be a better fit.

Surely it should be considered heresy for a government official to slander national institutions in favour of foreign ones in such a manner.

Instead, Mutodi and his ilk should be telling us how they intend to improve local institutions instead of speaking down on them.

It is not as if he was praising UCT, but rather he was mocking MSU.

This is the quality of deputy ministers we have, who preach patriotism by day and by night they mock the very institutions that they should be building.

Mutodi is quite an educated fellow, with a PhD, a master’s and an undergraduate degree, but he is the clearest example that being educated does not necessarily mean being wise.

The deputy minister shows that his bookish education does not mean that he is clever.

As if that is not enough, Mutodi also seemed to mock the Ndebele by insinuating that they are refugees in Zimbabwe.

In the most unedifying way, Mutodi insinuated that Malema was eyeing an affair with Grace, because she was now a widow and was very rich.

The Zimbabwean government may not like what Malema has to say, but there is certainly a way to say it rather than this shallow and crass manner.

In addition to his crassness, Mutodi had the most embarrassing fight with his colleagues at the Information ministry – the minister Monica Mutsvangwa and the permanent secretary, Ndavaningi Mangwana – a sure sign that he is someone who is difficult to work with and quite confident to wash his dirty linen in public.

Mangwana has not covered himself in glory during his short stint at the ministry, but next to Mutodi he looks like an accomplished bureaucrat.

I have no idea why Mnangagwa sees it fit to keep Mutodi in that position unless it’s for one specific reason – he is a blunt instrument used to metaphorically bludgeon opponents, while those at the top can get away with plausible deniability.

Mutodi’s continued stay at the Information ministry is an indictment on Mnangagwa, as it shows that this is the type of people that he would rather surround himself with.

For the one year that he has been in office, I doubt Mutodi can tell us what he has achieved except picking fights with nearly everyone, including the media because he just feels he has to run his mouth at every given opportunity without putting much thought to it.

It was different when he was not in government, when he was probably just a court jester, telling us how former Vice-President Joice Mujuru was plotting to kill Mugabe using juju or when he was arrested in August 2018 for insinuating that a coup would unseat the late former President.

He could get away with it when he said former Health minister David Parirenyatwa had poisoned Mnangagwa.

That is because we did not take him seriously and we had no need to. But now he is a government minister, a microcosm of Mnangagwa’s government and if he continues with this tomfoolery then nobody will take this administration seriously.

It is time he grew up from being an attention seeker and a clown and become more measured and mature as is befitting someone of his stature – a legislator and a deputy minister.