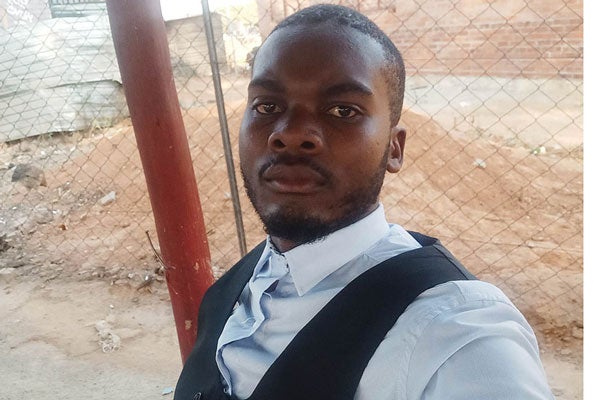 GOVERNMENT mishandling of the case of Zimbabwe Hospital Doctors’ Association acting president Peter Magombeyi from the day he was found dumped on the outskirts of Harare last week following a six-day ordeal in the hands of suspected State security agents, raises a lot of stink. Law enforcement agents are now breaking all statutes to deny him medication outside the country.

Police vigils and the sight of hordes of riot police around the incapacitated Magombeyi are taking the country to a new level of shamelessness.

If the State was not involved in his abduction, as we have been made to believe, would police officers go all out to block his scheduled medical trip which had been given thumbs up by a High Court judge?

Could it be that police are blocking him because they are aware of the gravity of bodily harm inflicted on him and that he would spill the beans once he steps outside the country’s borders? Or could it be that the political establishment is afraid that his treatment would unearth secrets they would rather have kept under wraps?

Police’s flagrant violation of a court order as is happening right now is further evidence that President Emmerson Mnangagwa’s administration does not care a hoot about the rule of law.

We must stop the charade that Zimbabwe is a constitutional democracy. The country is being reduced to a police State.

When it first emerged that Magombeyi had been abducted and apparently tortured, some people connected to the Zanu PF government claimed it was a forged abduction designed to portray the regime as a pariah state. It’s now difficult to believe that propaganda line given the way the State has handled his matter.

The fact that police brought their own team of medical doctors to examine and extract pathological samples from Magombeyi without consulting the family is
further proof that they are afraid that the truth will now come out in this game of high stakes.

The obstruction of justice on its own has far more damaging repercussions to the country’s re-engagement efforts, especially now when Mnangagwa and his team are in New York trying to charm investors to consider Zimbabwe as a safe investment destination. These are clear contradictions that won’t escape the world.

Zimbabwe is self-immolating. We are doing a fine job of ensuring that we remain an international pariah State by ourselves.

Newer Post
How many coffins does Mugabe have? Are they changing his clothes too? – VIDEO
Older Post
Candour