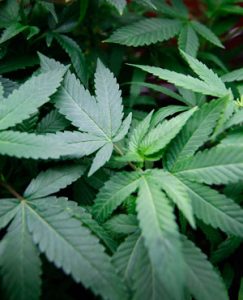 The Zimbabwean government has reportedly warned its citizens not to use cannabis for recreational purposes after it recently legalised its production specifically for medicinal and industrial purposes.

According to the state-owned Herald newspaper, the country’s ministry of health maintained that the use of cannabis for recreational purposes remained a criminal offence.

Zimbabwe became the second African country last week to legalise the use of cannabis for medicinal purposes and research.

According to AFP, a statutory instrument entitled Production of Cannabis for Medicinal and Scientific Use Regulations, said that prospective producers could apply to the health ministry for a licence to grow cannabis but under strict conditions.

“An application shall be accompanied by the appropriate fee and three copies of a plan of the site proposed to be licensed,” read part of the regulations.

Individual producers must be citizens of the country or have proof that they are resident while companies must produce proof of incorporation in Zimbabwe, the regulations said.

‘Mnangagwa’s administration has run our of ideas’

The producers will submit to routine audits by the health ministry.

In statement, Health Minister Dr David Parirenyatwa said that government was looking forward to harnessing the immense benefit of cannabis in a well – regulated environment, reported the Herald.

“Possession of cannabis, other than for medicinal or scientific purposes, is therefore still illegal in Zimbabwe. For emphasis, licensing is imperative for medicinal or industrial cannabis use,” Parirenyatwa was quoted as saying.

Meanwhile, opposition leader and former vice president Joice Mujuru has criticised the legalisation of the drug.

According to New Zimbabwe.com, the National People’s Party and People’s Rainbow Coalition presidential candidate said that the move was a sign that President Emmerson Mnangagwa’s administration had run out of ideas.

“This mbanje (cannabis) growing business will have serious implication on our families. The government is setting us booby traps that will end up ruining our families,” Mujuru was quoted as saying.