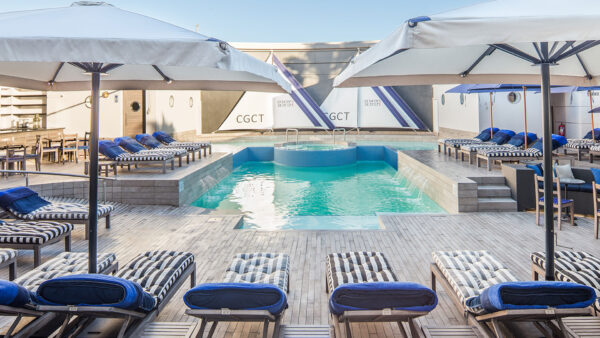 BY MTHANDAZO NYONI
BUSINESS advisory firm, Morgan&Co this week queried the price tag placed on South Africa-based Cape Grace Hotel after Meikles unveiled plans to dispose of its stake in a company that controls the asset.

The Zimbabwe Stock Exchange- listed Meikles recently said it could sell its 35% shareholding in Mentor Africa, which owns Cape Grace.

Mentor Africa is a diversified business with tentacles in the tourism, hospitality and energy sectors.

It said its current price of US$4,5 million could be a big undervaluation.

“In its latest annual report, Meikles valued the Mentor Africa stake at a paltry US$4,5 million which represented an 87% loss on the investment and left many investors’ questions unanswered,” it Morgan&Co said.

“We note that, had the business not consummated the transaction and remained with full ownership of Cape Grace, the investment would be worth more than US$15 million today,” Morgan&Co added.

It said with its agriculture and hotel businesses out of the way, Meikles had evolved into a fast-moving consumer goods retailer with the TM Pick n Pay chain stores that it owns in partnership with JSE-listed Pick n Pay.

“We estimate that the supermarkets business will contribute…99,9% to Meikles financial year 2022 earnings results,” the report said.

In 2018, businessdigest reported that Meikles chairperson John Moxon had a tough time defending some of the group’s offshore investments as shareholders sought answers.

A minority shareholder, Eddie Cross, took Moxon to task at an annual shareholders’ meeting over Meikles’ investment in Mentor Africa Ltd, questioning if it was creating value for investors.

Cross told businessdigest that he was not happy with the performance of the Mentor Africa investment.

“Meikles acquired Cape Grace for US$20 million,” he said then.

“In 2012, they placed the investment under Mentor and got a 35% equity stake in Mentor. Because the shareholding in Mentor is 35%, it’s not consolidated into the accounts of Meikles. There are no financial statements that come. In instances where a dividend has come from this investment, it has been tiny or non-existent,” Cross said at the time.

“In the annual report, we have also seen that Meikles does not have a directorship at Mentor. I investigated Mentor and discovered that two directors of Mentor are close associates of Moxon. He confirmed to the meeting this week that he is the chairman of Cape Grace (hotel),” he said.

In 2012, when the deal was inked, Moxon said his board was confident that the “strategic
investment” in Mentor would produce significant “high growth opportunities, similar to those that the company derived from its previous investments in Rebhold/Mvelaphanda”.