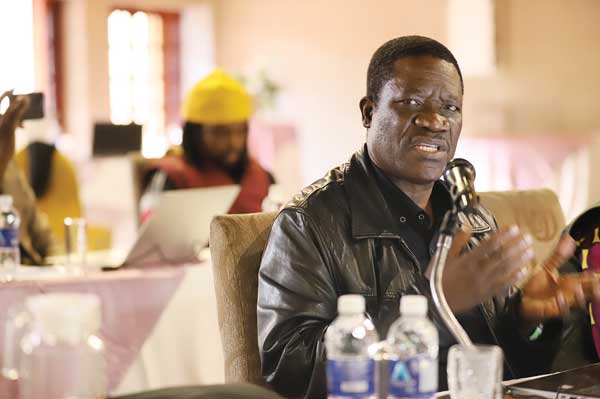 BY HARRIET CHIKANDIWA/ OBERT SIAMILANDU/ AMOS BATISAYI
OPPOSITION Citizens Coalition for Change (CCC) was on cloud nine yesterday after thumping the ruling Zanu PF party in weekend council by-elections, prompting it to declare that this was a harbinger for the 2023 elections.

“The Citizens’ by-election victories are a sign of what’s to come in 2023. We are sharpening our tools to ensure we win all of Zimbabwe for change. Our Mugwazo campaign is bearing fruit in rural areas, where we are winning despite attempts to rig! We are going to win BIG in 2023!” she added.

In Chipinge ward 16, it was, however, a close call after CCC’s

A few days before the by-election, Zanu PF donated textbooks to Mahombekombe Primary School in a move viewed by the opposition as a ploy to buy votes.

Despite the by-election victories, CCC alleged intimidation and vote buying, with Mahere saying: “The biggest concern we had was the abuse of assisted voter’s procedure. Zanu PF was intimidating voters. They were also asking voters to take pictures of voting slips and telling them that if they do not vote for Zanu PF there will be consequences. Such voter intimidation is unconstitutional.

“Vote secrecy is a key pillar of ensuring a free and fair elections. This is why our main electoral reform demands security of the vote and the voter. We urge our supporters not to be intimidated. We have polling agents on the ground who are taking active steps to defend the vote and ensure formal reports are made to Zimbabwe Electoral Commission (Zec) to stop such manipulation from taking place. Our polling agents made a formal complaint to Zec and police officers stepped in to remove Zanu PF activists from the surroundings of the polling stations,” Mahere posted on her Twitter handle.

“Zec would like to inform the public that allegations of voters being forced to take pictures of their marked ballots at polling stations in ward 16 of Chipinge rural district council are false,” he said.

“The presiding officers are aware of provisions of the law in that regard. Section 57 of the Electoral Act (c)(ii) clearly states that the ballot must be marked secretly, while section 4(d) of the Fourth Schedule states that it is prohibited to reveal the identity of the candidate voted for.

“Section 25 of the electoral regulations of 2005 further states that no person shall, within the polling station, take any photograph while polling is in progress except with the permission of the constituency elections officer or take any photo of any person within a polling booth,” Silaigwana added.

In a related matter, former Movement for Democratic Change legislator for Gokwe-Kabuyuni, Costin Muguti, has jumped ship and is now seeking re-election under CCC ahead of the forthcoming by-elections slated for August 27, 2022.

The former MP contested and won the seat in 2008 after he garnered 7 234 votes against Zanu PF’s now late candidate Leonard Chikomba, who polled 7 156.

In 2013, Muguti lost the election to Chikomba.

Muguti filed his papers at the nomination court last Friday at the Gweru Magistrates Court.

The seat fell vacant following the death of Chikomba on May 28, 2022, in a car accident 20km from his rural home along Gokwe-Chitekete Road.

He was coming from a Zanu PF provincial co-ordinating committee meeting in Gweru.