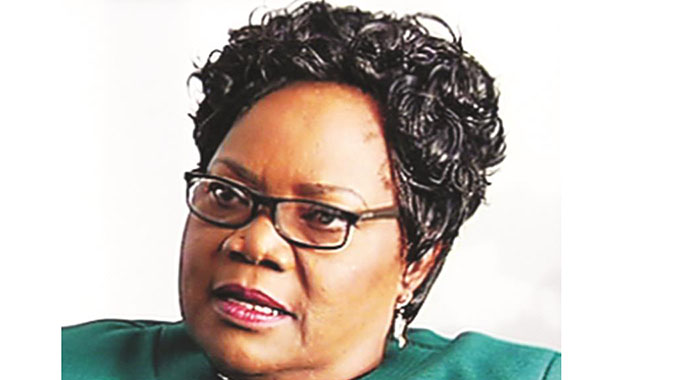 She said after the death of MDC-T leader Mr Morgan Tsvangirai in February this year, efforts to engage Mr Chamisa came to naught as he was slippery.

Her coalition has three other political parties.

In an interview with Capitalk Radio on Monday night, Dr Mujuru said the talks with MDC-T collapsed because of Mr Chamisa’s sneakiness.

She said they failed to agree on four items which included modalities of choosing the coalition’s leader, logos and symbols.

“We had a Memorandum of Understanding which we agreed on together,” Dr Mujuru said.

“We agreed on most of the things which were contained in that MOU. The things had to do with economic, social and political issues. We didn’t agree on four issues.

“We said let the people choose a person they want to lead the coalition and let there be no leader who imposes candidates. They refused this saying they had their own people already in Parliament whom they said should remain in Parliament.

“Because we believe in putting the people forward, we ended up not agreeing. We said the leader should represent Zimbabwe not NPP or MDC. By then they wanted Tsvangirai to be the leader. We also said let us have a logo which unites the people, but they refused saying they already have their logo.

“These are the issues which led to our disagreement. When we wanted to talk to Chamisa, we saw that he was evasive and cunning on most occasions, yet time was not on our side.”

Other MDC Alliance partners have also concluded that Mr Chamisa is a deceptive politician who does not respect agreements after he dribbled them and fielded MDC-T candidates in constituencies reserved for his partners.

Efforts to engage Mr Chamisa by the other politicians in the Alliance in the past weeks have also failed as he continues evading them.

Most candidates from the Matabeleland region under Alliance partner Professor Welshman Ncube’s MDC failed to file their nomination papers after being duped by Mr Chamisa’s team.

In Matabeleland South, the MDC-T refused to sign nomination papers belonging to Prof Ncube’s candidates and most Alliance partners are not contesting in council elections.