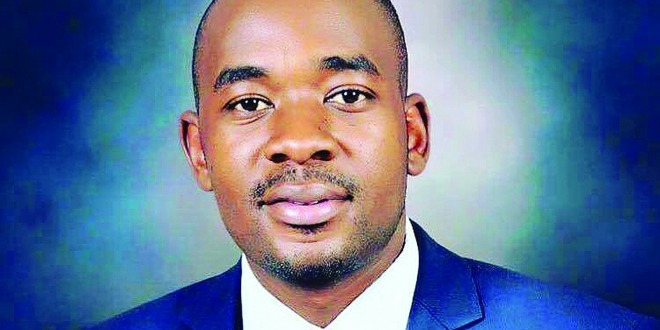 MDC Alliance presidential candidate, Nelson Chamisa has savaged politicians who use church gatherings as campaigning platforms to lure votes from congregants, reminding them that such platforms were a preserve of Christianity and not politics.

This comes after President Emmerson Mnangagwa addressed thousands of Zion Christian Church congregants in Bikita recently, where he reminded congregants that the new political dispensation that he is heading is all in God’s plan.

Zanu PF politburo member and secretary for war veterans Victor Matemadanda in another parallel Easter church attendance took to the podium and urged members of the Jekenisheni church to vote for Zanu PF in the coming polls.

In his Easter message, posted on his Twitter account yesterday, Chamisa attacked his political rivals for diverting the purpose of church gatherings and turning them into platforms for scoring political points.

“[I] had a wonderful and prayerful Easter weekend. The blood of Jesus shall never lose its power. Jesus Christ is Lord and Saviour. For me, worship gatherings must never be reduced to being rallies for politics and point-scoring, ”he said.

The ruling Zanu PF party has consistently come under attack for maintaining its political presence within the religious sects, with members of the apostolic sect having recurrently found themselves on the receiving end of Zanu PF politicians visiting their churches to canvass for support.