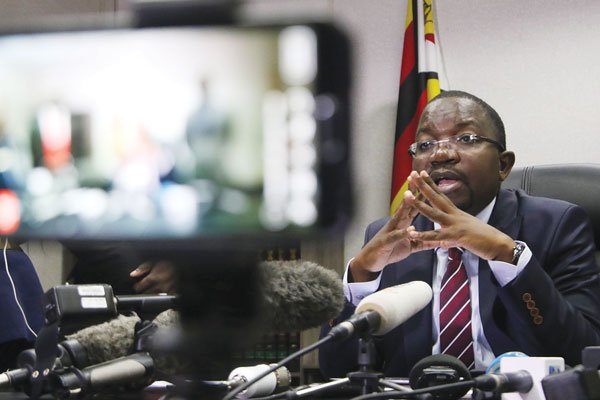 MDC Alliance leader Nelson Chamisa’s lawyers yesterday claimed they were under siege from suspected State security agents, who were trailing them in a bid to instil fear and scuttle their plans to challenge President Emmerson Mnangagwa’s recent victory.

Chamisa’s chief lawyer, Thabani Mpofu, told journalists in Harare that his team of lawyers had been subjected to nocturnal visits from suspected State security agents since last Monday when they rejected the “fake results” announced by the Zimbabwe Electoral Commission (Zec), confirming Mnangagwa as winner of the presidential race.

“There are, however, attempts to harass our team. I am harassed, my team is harassed. I wish to let those who are involved in the harassment to know that we are unperturbed. We do not fear them, we are not intimidated, we do not fear people who fear us,” he said.

Mpofu vowed his team would not be distracted from pursuing the matter at the Constitutional Court (ConCourt) as they seek to overturn Mnangagwa’s election victory.

“We also are not afraid of ensuring that the backbone of our democracy, namely the electoral process, is given full effect.

Mpofu added that the security agents stormed the party headquarters last week in a bid to “steal” the evidence the opposition had gathered to prove that the polls were rigged in favour of the ruling Zanu PF party.

“You will also notice that there has been an attempt to destroy our evidence. Too late guys, you should have done that before the elections. The evidence is secure and there is nothing that is going to happen.

“You will also notice that there are some warrants that purport to deal with matters of violence and yet, when you look at those papers, they talk about computers. What kind of computer would be used in the commission of acts of violence and aggression? You can see the intention is to access the data that we have.”

Chamisa’s team, which includes local and foreign lawyers, believes the tailgating, harassment and panic buttons pressed by the security agents point to the fact that they were aware of the manipulation of the vote.

But Zanu PF has dismissed Chamisa’s election rigging claims and dared him take the matter to court if he had evidence.

The ruling party has already started preparations for Mnangagwa’s inauguration on Sunday in case Chamisa fails to file his court challenge by tomorrow.

But Mpofu insisted the situation was under control and they were ready for the challenge.

“The anti-rigging mechanisms have taken effect and have assisted us greatly in showing where things went wrong. They have assisted us in establishing that there was mammoth theft and fraud. The theft is both gross and crass and for that reason and taking into account that Zimbabweans are entitled to a proper election, the results announced and declaration made by Zec are going to be challenged.

“The evidence that we have amassed is so clear, it’s so convincing. We are happy with it, but this being a matter of processes and legal procedures, we are going to place all that evidence before the courts.”

Chamisa’s lawyers said they would seek to discredit figures released by Zec through subjecting them to a mathematical test to prove that they do not add up.

They will also move further to query gaps reflected at polling stations where votes amassed were more than registered voters.

“The evidence derives from source documents and from Zec’s own figures, which in our view are grossly made up [and] mathematically fail to tally. Apart from that, we also have our secret weapon, which we are going to unleash through this court challenge and you are going to see it,” Mpofu said.

A report released by Zimbabwe Elections Support Network shows that at more than 2% of polling stations, the figures of votes cast are above those of registered voters.