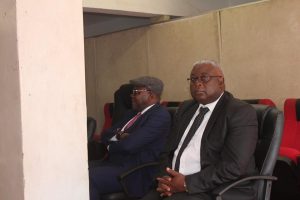 President Chamisa met with the joint caucus of MDC parliamentarians and members of the Senate totaling 112 to outline his expectation going forward. The President stressed on the issues of a renewed parliament on the basis of listening to the views of the electorate adding that the debates should reflect depth and a cogent understanding of the electorate concerns.

The President reiterated the need for outstanding behaviour from the leaders, and a conscious demonstration of the desire to addressing of the nation’s problems from the MDC Team. To this end he emphasized the need for leaders to go back to the people who elected them into office and touch base with issues on the ground in line with the MDC values of participatory democracy and a listening leadership.

The people’s President castigated the culture of corruption engendered for the past decades by the corrupt Zanu PF regime saying the MDC leadership should not be trapped into this culture but must usher a fresh breath of air in pursuit of a clean, transparent governance system free from corruption.

President Chamisa further warned against corrupt tendencies from those who are going to represent the MDC leadership in parliament and senate saying “If we join Zanu PF’s corrupt tendencies, the people will punish us in the next election.” In this regard the MDC will adopt a Zero tolerance on Corruption.

President Advocate Chamisa stressed the need to put in place mechanisms to curtail the corruption tendency and advance the MDC agenda for a better life for the people of Zimbabwe. He called on the MDC representatives to play an effective oversight role in holding to account those in public offices. Therefore, for the MDC parliament and Senate to be effective in this role the President announced the following appointments for office in the two houses: