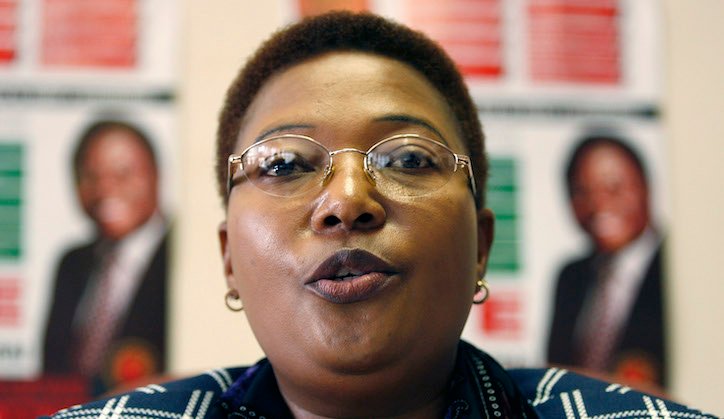 BY NIZBERT MOYO
MDC-T leader Thokozani Khupe has revealed that the outcome of the weekend by-elections where the newly-formed Citizens Coalition for Change (CCC) party clinched 22 out of the 28 National Assembly seats and the majority of council seats was a clear indication that its leader Nelson Chamisa will romp to victory and form the next government in 2023.

Her remarks came after the CCC won most of the seats during the weekend by-elections in what analysts said was a test of the party’s strength as the country heads for the 2023 plebiscite.

The CCC party won 22 out of the 28 parliamentary seats and also clinched the bulk of council seats which were up for grabs.

Khupe’s spokesperson Ntandoyenkosi Ndlovu yesterday told NewsDay that the former Deputy Prime Minister was excited about the outcome of the weekend by-elections.

“As Khupe said last week, the outcome of these by-elections will lay a firm foundation for an overwhelming victory in 2023. It is clear that CCC will form the next government of Zimbabwe and Chamisa will be the next president of the country.

But CCC Bulawayo structures have refused to work with Khupe saying her previous association with Zanu PF leader president Emmerson Mnangagwa made it difficult for them to trust her.

Khupe lost the MDC-T presidency in 2020 to Mwonzora during a violent party electoral congress where she was reduced to party vice-president.

When Mwonzora declared that he would contest the by-elections under the MDC Alliance banner, she then declared herself the leader of the MDC-T party.