Chamisa vows to fight back after legislators’ recall

Source: Chamisa vows to fight back after legislators’ recall – The Standard 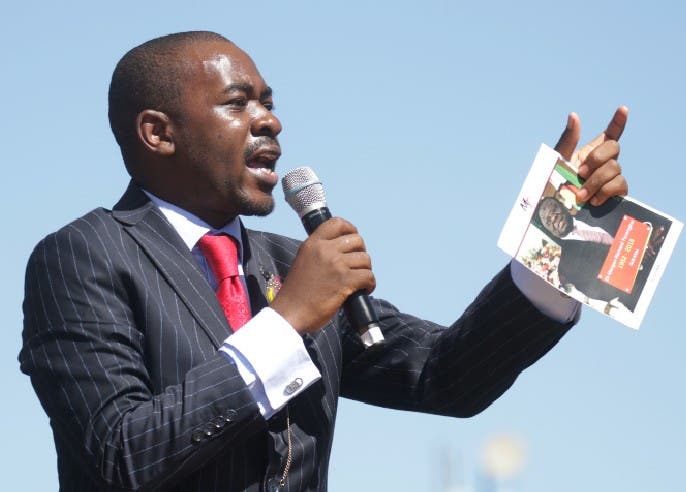 MDC Alliance leader, Nelson Chamisa has vowed to fight back after his rivals recalled four of his legislators from Parliament on Tuesday, in a development that poses a threat to the future of Zimbabwe’s largest opposition party.

Jacob Mudenda, the speaker of the National Assembly and Senate president Mabel Chinomona sanctioned the recall of three MDC Alliance MPs and one senator by the Thokozani Khupe-led MDC-T.

Khupe, who set up the MDC-T ahead of the 2018 elections, said she had dissolved her own party and was now the leader of the “unified” MDC following a Supreme Court judgement last year, which recognised her as late Morgan Tsvangirai’s interim successor.

The former deputy prime minister said the ruling gave her the powers to recall the MDC Alliance legislators.

Opening up for the first time on Twitter, Chamisa on Wednesday said it was time to fight back.

“You rob people’s lives daily. You rob a whole generation. Now we want everything back.”

Chamisa and his lieutenants accuse President Emmerson Mnangagwa’s government of using the courts and other state institutions to persecute the party after it refused to recognise his 2018 election victory.

On Wednesday,  police sealed the MDC Alliance’s headquarters in central Harare after interim MDC-T secretary general Douglas Mwonzora appealed for their assistance to flush out members of the rival camp.

In a letter to the police, Mwonzora said Chamisa’s supporters had threatened to use violence to stop preparations for an extraordinary congress to choose the party’s leader.

Mwonzora said he needed access to the party’s assets to prepare for the congress that was ordered by the Supreme Court and also to “fumigate” the party building to stop the spread of coronavirus.

Chamisa and Khupe have been brawling since the death of MDC-T leader, Morgan Tsvangirai two years.

Newer Post
Cases of torture in Zimbabwe: Six years after the Torture Docket case – What is the current status of the investigation?
Older Post
RBZ payment delays cripple gold producers