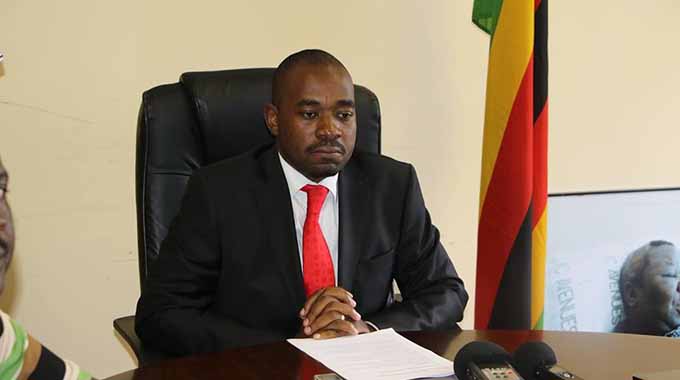 Dr Khupe’s party claims it is the legitimate MDC-T and that Mr Chamisa illegitimately received the funds because he contested the poll using a different name.

Under the Political Parties Finance Act, only serious political parties who would have garnered at least five percent of the total vote are eligible for funding.

MDC-T, which was led by Mr Tsvangirai, in terms of the Act, is the one entitled to the funding.

However, after the demise of the former party leader Mr Morgan Tsvangirai in February, a leadership wrangle ensued between Mr Chamisa and Dr Khupe.

Ultimately, Dr Khupe registered to contest in this year’s election under MDC-T, while Mr Chamisa chickened out and opted to participate as leader of the MDC-Alliance.

Under unclear circumstances, Mr Chamisa’s MDC received $1,8 million funding from Government despite the fact that it was no longer part of the MDC-T.

In an interview, MDC-T deputy president Mr Obert Gutu told The Herald that his party had since instructed Professor Lovemore Madhuku to sue the MDC over the $1,8 million fraud.

“We have since instructed our lawyer Professor Madhuku to file a claim for the $1,8 million.

“The money was wrongly disbursed to Mr Chamisa’s MDC when it was meant for the MDC-T which participated in the 2013 election.

“I am yet to meet Prof Madhuku and to map the way forward,” he said.

Meanwhile, Zanu-PF lawyers said they also intend to sue Mr Chamisa’s party over legal costs incurred in the hyped presidential petition which was dismissed by the Constitutional Court (Concourt) on Friday with costs.

Speaking to The Sunday Mail on Saturday, Zanu-PF Secretary for Legal Affairs Cde Paul Mangwana said the ruling party’s lawyers were quantifying the exact amount due to them, but they had indicated an approximate bill of $3 million.

That figure excludes the Zimbabwe Electoral Commission’s legal bill. Cde Mangwana said the final bill required approval of the Registrar of the Court.

He said in the event Mr Chamisa failed to pay, the opposition leader risked losing his personal property.