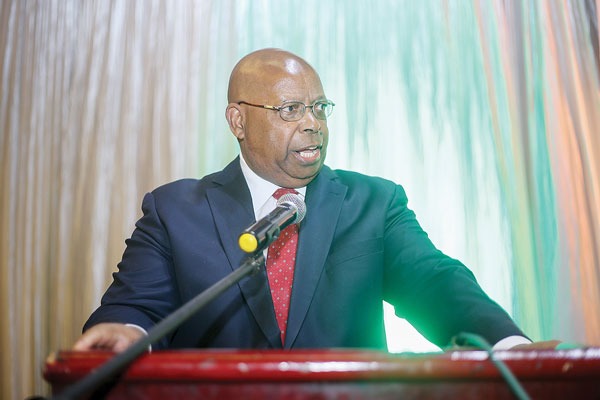 BY HARRIET CHIKANDIWA
THERE was chaos outside Parliament yesterday when Citizens Coalition for Change (CCC) legislators were nearly denied entry to Parliament for wearing yellow ties.

Yesterday, there was commotion outside Parliament when security personnel attempted to block CCC MPs led by Tendai Biti from entering the august House.

“An MP must dress with dignity and decorum and the way we are dressed, we are enhancing the dignity of Parliament,” Biti said.

Mudenda said the CCC attire would be probed to check if it was not at variance with Parliament’s Standing Rules and Orders.

“I have been checking on the provisions of standing orders, I shall rule as follows, there should be a meeting of representatives from the government side led by leader of government business (Ziyambi Ziyambi) and the chief whip (Pupurai Togarepi) and from the other side we get a representative so that we look closely at the standing orders  and come up with a conclusion,” Mudenda said.