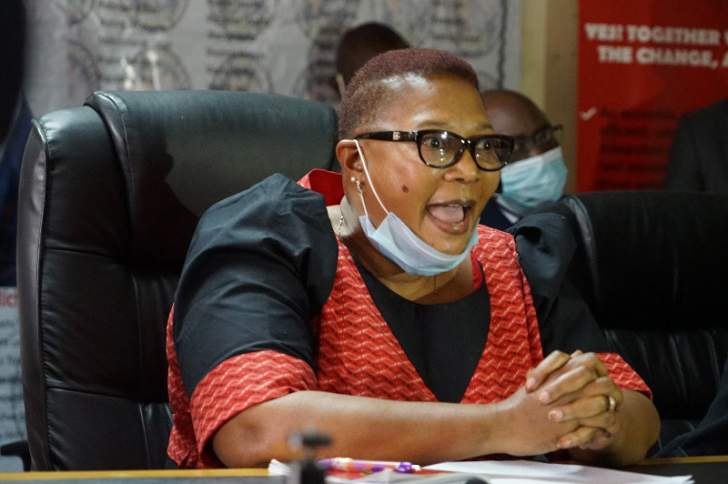 THE MDC’s much-talked about extra-ordinary congress degenerated into chaos yesterday, with delegates nearly coming to blows over allegations of manipulation of the voters’ roll.

So bad was the situation at a top Harare hotel where the gathering took place, that interim party leader Thokozani Khupe and secretary-general Douglas Mwonzora — who were both vying for the presidency — openly traded accusations of vote rigging.

The presence of police saved the day as agents for these two major contestants hurled insults at each other in scenes that left the party’s top leadership embarrassed.

This comes as the country’s biggest opposition party continues to be ravaged by senseless factional wars which began since the death of its much-loved founding father, Morgan Tsvangirai — who succumbed to cancer of the colon in February 2018.

Khupe and Nelson Chamisa have been tearing each other apart especially after the Supreme Court’s judgment in March upheld last year’s ruling by the High Court that nullified the latter’s controversial ascendancy to the leadership of the party.

But any hopes that yesterday’s crucial gathering would start the healing process in the strife-torn party were quickly banished after delegates accused rival camps of attempting to manipulate the voting — amid howls of a shambolic voters’ roll.

And as emotions ran high, Khupe and Mwonzora — who are the front runners to take over the MDC reins — traded barbs publicly.

“We want a credible election. Those who are not on the voters’ roll must not vote. They shouldn’t be here. Let’s be fair to each other,” Khupe shouted during the melee.

“Let the people vote. Let the people decide. Everybody who is supposed to vote must vote. We can’t change the rules now. This is wrong.

“We can’t stop Manicaland from voting while Bulawayo voted,” Mwonzora shot back as he protested that his home province was unfairly being denied the opportunity to vote.

“You want to rig the election. We are not going to allow this. This process must stop. The voters’ roll has been tampered with. We can’t allow people to steal the vote,” Khupe shouted back.

Out of the 12 MDC provinces, only Bulawayo, Matabeleland North and Manicaland provinces had voted by 5pm yesterday — with the polls expected to go well into the wee hours of today.

“We will comment comprehensively after the election. Results will be announced tomorrow (today),” he said.

The MDC was forced to cancel the congress last week following disagreements among its leaders, as well as the “unearthing of irregularities” — which some officials claimed would undermine voting if these were not attended to.

The run-up to the chaotic contest had also been marred by swirling but unproven claims of abuse of funds by some party bigwigs.

Khupe was accused of allegedly misusing US$35 000 which was meant for the congress, while Mwonzora was also alleged to have abused $300 000.

Both allegations were dismissed by Mashakada who said they were part of smear campaigns by rival camps ahead of the congress.