Speaking of the Herald, it appears the paper is now George Charamba’s personal sick bag, one into which he empties whatever it is that would have upset his stomach on any given day. 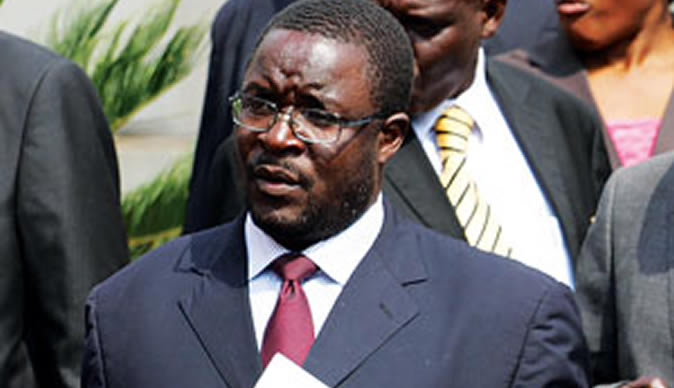 First, this week, Joji decided he was bored. So he thought to himself: how can I entertain myself today?

He then decided to tell the Herald, and the world, that his boss, President Emmerson Mnangagwa, isn’t one to keep his promises.

The Kgalema Motlanthe commission report might not be made public, he told the Herald: “There is nothing at law that compels the president to release the report to the public or not to release it to the public.”

And, just in case we were in any doubt, he then went on to brag about what he called his “nearness” to the president, which makes him better than us mere mortals, who must live with only Mnangagwa’s public statements.

All those idle, lumpen elements on the internet, who are clearly angry all the time for no reason, raised hell over this. Not only that, the commission itself came out and told Charamba to take a seat, of course, in the typical roundabout way of Zimbabwean bureaucracy.

So, Charamba again called on the Herald. He had more stuff in his belly to offload. He didn’t mean it that way, he now said. Government clears the air on inquiry report, the Herald declared, without telling readers who had fouled that air in the first place such that it now needed clearing.

And, again, he gave us that whole “nearness” stuff.

“I sit in several meetings involving emissaries of foreign governments and, more particularly, involving the president and the UN Secretary-General. In all those meetings, the president made an undertaking that both processes and outcomes of the commission will be an open affair,” Charamba suddenly remembered.

Suddenly, it was the internet that caused him to forget his boss’ pledges.

“Zimbabweans must cool it and take it easy. There is no need for excitement,” Charamba said.

It is always good to hear a man advising himself.