CHARTS: How the Mugabe economy highlights challenges for Zimbabwe 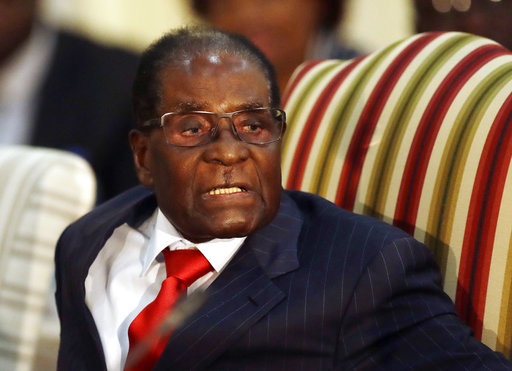 Johannesburg – Zimbabwe’s economy has fallen to the 20th biggest in sub-Saharan Africa from 10th when President Robert Mugabe came into power almost four decades ago. 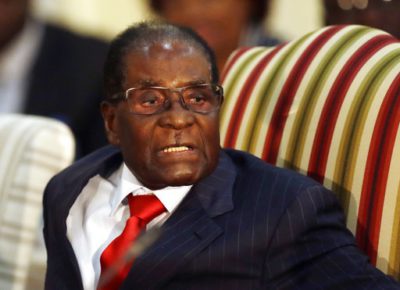 The southern African nation’s military took control from Mugabe on Wednesday, fueling tentative hopes that a new leader can reverse the effects of policies which led to a collapse in agricultural production, hyperinflation and the exodus of an estimated 3 million people.

These charts show some of the economic challenges any new government will face in Zimbabwe.

In 2000, Mugabe’s government authorised the often-violent seizure of about 4 500 mostly white-owned commercial farms to redistribute to blacks in a land-reform program that human-rights groups slammed. 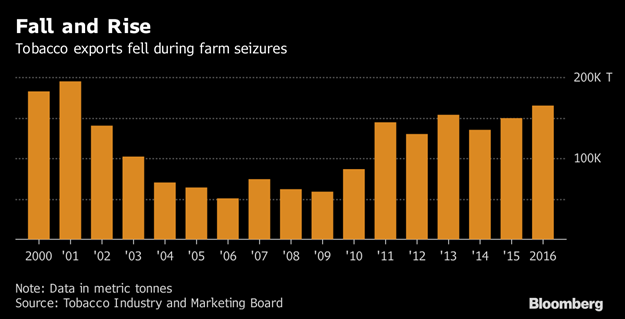 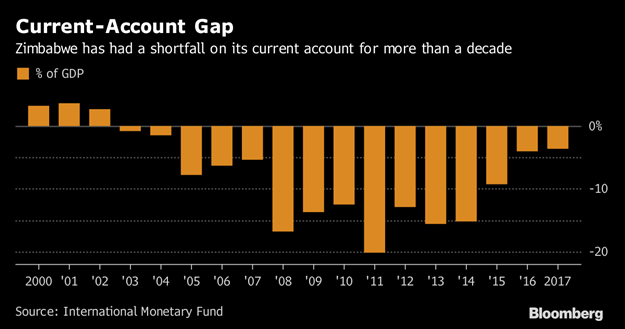 The farm seizures crippled agricultural output, with the tobacco shipments only starting to return to previous levels last year. Still, the nation, which was the world’s fifth-largest producer of tobacco in 2000, is now number 15. 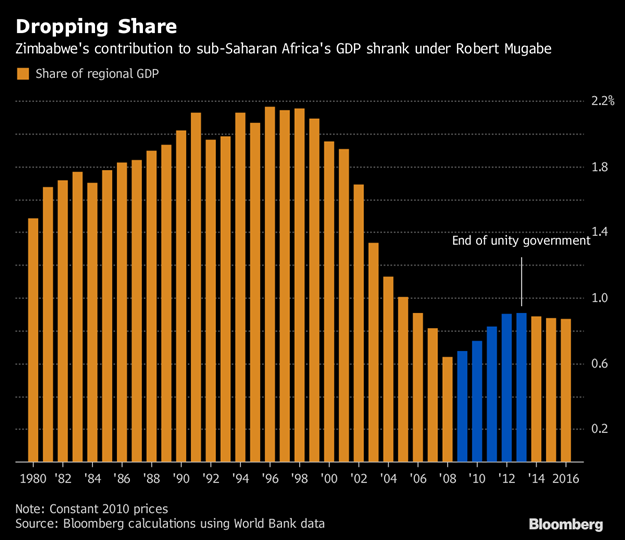 Zimbabwe’s economy has halved in size since 2000, according to the government. The country’s share of regional gross domestic product has dropped to less than 1% from 1.5% 37 years ago, when Mugabe came to power, World Bank data shows. It improved slightly during a unity government agreed to following disputed elections in 2008. 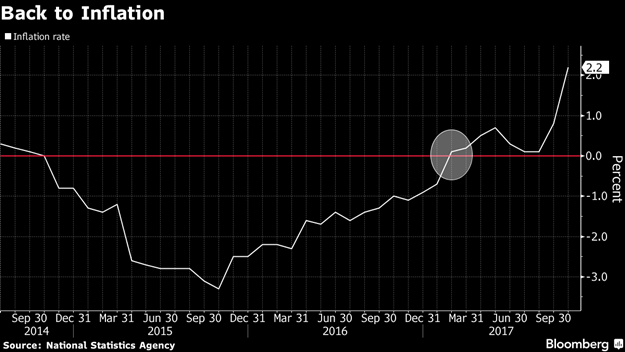 Hyperinflation peaked at about 500 billion % at the end of 2008, according to the International Monetary Fund, leading to the nation abandoning its own currency in favour of a basket of foreign exchange including the South African rand, the dollar, the euro and the pound, as well as so-called bond notes printed by the government.

After two-and-half years of deflation, consumer prices started rising again in February, driven by a shortage of cash and higher food costs.

“The current euphoria in Zimbabwe over the prospect of a post-Mugabe era needs to be tempered by the understanding that what follows may not necessarily be much better,” Gary van Staden, an analyst at Paarl, South Africa-based NKC African Economics, said in an emailed note. Zimbabwe’s markets are convoluted even by African standards. While the nation’s main stock gauge – denominated in US dollars – is the world’s best performer this year, the rally is fuelled by fear that the government is returning to its old trick of excessive currency printing. 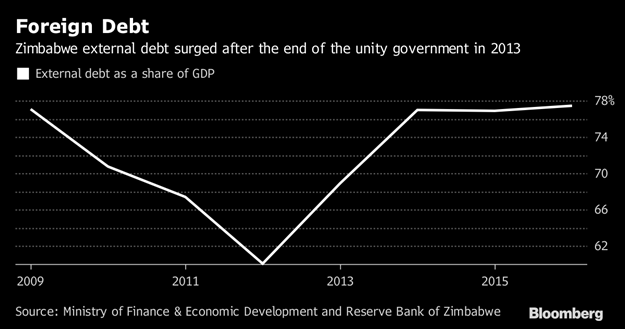 Zimbabwe’s external debt decreased in the almost five years to 2013 under a unity government in which Mugabe’s Zimbabwe African National Union-Patriotic Front and Morgan Tsvangirai’s Movement for Democratic Change shared power. The nation’s foreign obligations surged after an election ended the power-sharing deal.

As of October, the country owed lenders including the IMF, World Bank and African Development Bank about $9bn, according to the finance ministry.

While the military intervention and the return of former Vice President Emmerson Mnangagwa to Zimbabwe is likely to facilitate the nation engaging with the IMF “even under a more orthodox economic policy regime, the road to foreign financial aid and debt relief will still be challenging,” Bloomberg Economics analyst Mark Bohlund said.

If a new regime signals a return to more orthodox economic policy, “bilateral and multilateral development partners are likely to offer support for an orderly transition of power, eventually leading to new elections,” he said. “Still, financial support will only go so far in boosting economic growth.”