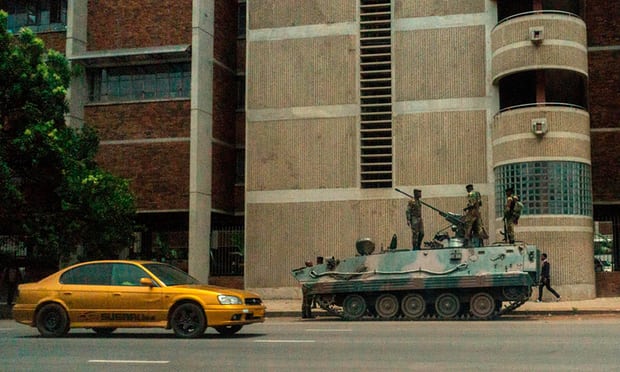 Tens of thousands of people are expected to take to the streets of Harare on Saturday to call for the resignation of Robert Mugabe, as moves to force the Zimbabwean president to stand down gather pace. 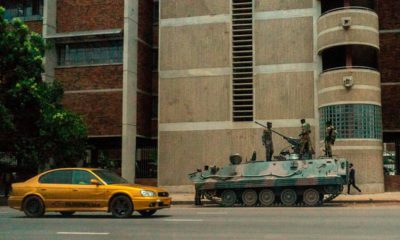 The army seized power four days ago but Mugabe has refused its demands to leave office. The military and senior officials within the ruling Zanu-PF party now appear set on forcing Mugabe out within 48 hours.

Few options are open to the 93-year-old autocrat, who has ruled Zimbabwethrough a mixture of coercion, bribery and revolutionary rhetoric for nearly four decades. Support in some branches of the security establishment – such as the police – has evaporated and many political supporters have been detained.

By late Friday afternoon, all 10 of the country’s provincial Zanu-PF branches had passed motions of no confidence in the president. These could lead to Mugabe being stripped of his office of president of the party by Sunday, one official told the Guardian.

Earlier in the day Mugabe, who had been confined to his luxurious residence in the upscale Harare neighbourhood of Borrowdale since the military takeover, attended a university graduation ceremony on the outskirts of Harare.

Clad in academic gown and hat, he walked slowly in a procession on a red carpet to a podium as a marching band played. He was applauded as he announced the opening of the ceremony.

On Friday morning an army statement describing “significant progress” was broadcast on national television and published by state-run media. The statement appeared to have been aimed at quelling growing concerns that the military takeover could descend swiftly into chaos.

Saturday’s march has been organised by the powerful associations representing veterans of the former British colony’s liberation wars.

At a press conference on Friday, Chris Mutsvangwa, a leader of Zimbabwe’s war veterans, said the president would not be allowed to remain in power.

“Between now and tomorrow we are giving a very stark warning to Mugabe, his wife and anyone who wants to be associated with him that the game is up – finished,” Mutsvangwa said, to applause from the audience of journalists.

Mutsvangwa urged Zimbabweans to attend the march. “We are appealing to all Zimbabweans to come tomorrow for the biggest, largest turnout by the Zimbabwean population so we finish the job the army has started,” he said.

The main opposition party, the Movement for Democratic Change, said the military takeover resonated “with the national public sentiments and [was] hence irreversible in effect and fact”.

Dumiso Dabengwa, a former home affairs minister and liberation war veteran, said he congratulated the Zimbabwean military on “the initiative they took to block the rise” of Grace Mugabe, the president’s 52-year-old wife.

“Ninety-nine per cent of people want Mugabe to go. He is no longer in charge … Grace is in charge and Zimbabweans cannot fold their arms and let a character of that nature to lead. She had to be stopped,” Dabengwa told reporters in Johannesburg, in neighbouring South Africa.

Since taking power, the military has arrested about a dozen senior officials and leading members of the G40, a faction of Zanu-PF who are loyal to the first lady

Grace Mugabe has not been seen since the takeover. Sources told the Guardian she was in her husband’s Harare residence when he was detained on Tuesday.

The takeover is thought to have been prompted in part by fears among the military and its allies within the ruling party of an imminent purge of rivals of the president’s wife, which would allow her to exercise greater power.

Many Zimbabweans have cautiously welcomed the military move and the streets were quiet again on Friday, but there are growing public demands for those who led the takeover to lay out their plans.

The army has said the takeover was a temporary measure to target “criminals” around Mugabe, resolving a succession battle that has pitted Grace Mugabe against the former vice-president Emmerson Mnangagwa.

Mnangagwa was reported to have returned to Zimbabwe from South Africa, where he fled last week after being stripped of his office by the president in an apparent attempt to clear Grace Mugabe’s path to power.

Opposition officials told the Guardian they believed there would eventually be a deal allowing Mnangagwa to be appointed president, at the head of a transitional government that would include senior opposition leaders in top posts.

Associates of the first lady detained during the takeover would be prosecuted in accordance with the law, the officials said.

There was no independent confirmation of the opposition claims, which one analyst described as optimistic, though negotiations are clearly taking place between multiple political actors.

Other possibilities are Mugabe staying on as president until a Zanu-PF conference scheduled for December, or even until elections due in mid-2018.

There is anger in Zimbabwe at the lack of explicit support for the military takeover from South Africa, the biggest regional power, the Southern African Development Community regional bloc and the African Union.

Ian Khama, the president of neighbouring Botswana, said on Friday that the military intervention was “an opportunity to put Zimbabwe on a path to peace and prosperity”.

He said: “I don’t think anyone should be president for that amount of time. We are presidents, we are not monarchs. It’s just common sense.”