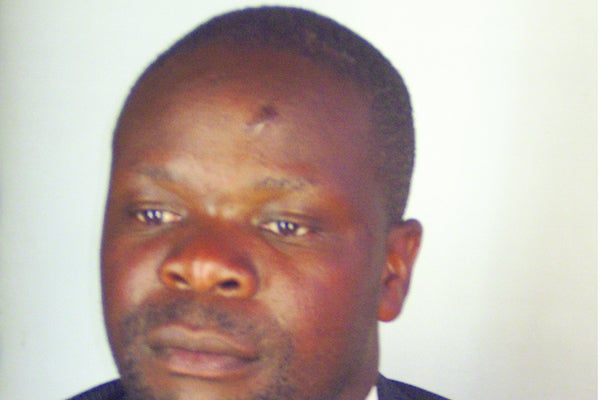 MDC organising secretary Amos Chibaya, who was arrested on Thursday for failing to call off the opposition party’s demonstration in Harare last week, will spend the weekend in remand prison after magistrate Learnmore Mapiye yesterday deferred his bail ruling to Monday.

The State alleges that Chibaya, who is also the party’s Mkoba MP, contravened section 26 (11) of the Public Order and Security Act after allegedly failing to call off the demonstration following a police prohibition order.

Prosecutor Francesca Mukumbiri, who was being assisted by Charles Muchemwa and Panganai Chiutsi, opposed Chibaya’s bail, arguing that the MDC legislator was a flight risk and likely to abscond the court’s
jurisdiction because of the gravity of the offence he was facing.

“He (Chibaya) has a propensity to commit similar offences. The accused (Chibaya) is already on remand on charges of subverting a constitutionally-elected government for which he appeared at Gweru Magistrates’ Courts. That he was given bail did not deter him from committing a similar offence. The court can take judicial notice of what is happening around the country regarding the protests,” she said.

Chibaya’s lawyers, however, submitted that the State case was weak, adding their client should be presumed innocent until proven guilty by the courts. It is the State’s case that on August 6, 2019, Chibaya notified
the police in Harare of the party’s plans to protest against the high cost of living caused by government’s austerity measures. The protests were scheduled for August 16, but the day before the protests, police issued a prohibition order stopping them.

The State alleges in defiance of the ban, Chibaya allowed opposition activists to gather for a public demonstration in the central business district, resulting in fierce clashes with the police.