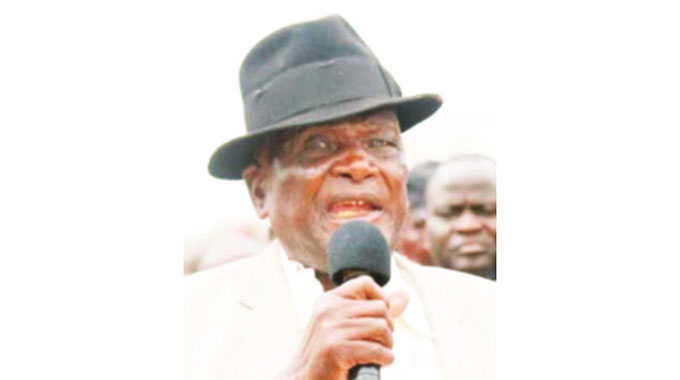 Chief Tshovani has appealed to the Government and its development partners for assistance to set up an irrigation system for the Zunde Ramambo project to mitigate chronic food shortages caused by recurrent droughts in his area.

Chief Tshovani, Mr Hlaisi Mundau, said rainfall unreliability due to climate change was threatening food security in his area, which is very dry.

He told The Herald that the Zunde Ramambo Project would mitigate effects of droughts by producing food for the vulnerable.

The traditional leader said even nutritional gardens in his area were on the receiving end of crippling droughts in his area.

“Villagers here have been relying on food supplements, which we used to produce at our Zunde Ramambo plot. But despite receiving free inputs from Government and well-wishers, most of our efforts under the initiative have been failing due to drought,” he said.

Chief Tshovani said rapid population growth in his area over the past decade required alternative means to boost their harvest.

“Demand for food is increasing every day and the number of people who visit my place asking for food has increased over the past few years and this has necessitated the need to harness free-flowing water in Save River for irrigation development under Zunde Ramambo intiative,” he said.

He said Government and development partners could start by irrigating a small area before expanding the project depending on its viability.

The chief said the Lowveld winter maize success story spearheaded by the Masvingo Development Trust at Triangle sugar estates should be replicated across the arid Lowveld area, which has fertile soils.

Chief Tshovani said the initiative by Masvingo Development Trust and Tongaat Hulett Zimbabwe to grow winter maize should be a lesson on the need to harness irrigation to boost food security in low-rainfall receiving areas.

“Tongaat taught us that we can grow maize twice a year if you have irrigation. So if we manage to have irrigated land for the locals (under Zunde Ramambo), surely we would have eradicated hunger in this district,” he said.

Presently Chief Tshovani and his subjects are benefiting from a 4-hectare plot, which is under irrigation and produces food for vulnerable families in his community.