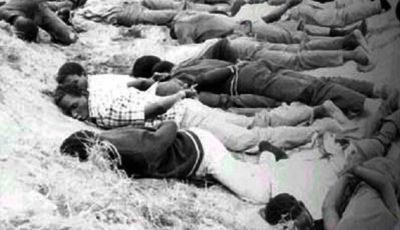 TRADITIONAL leaders are miffed that the government wants to proceed with exhumations and reburials of Gukurahundi victims without any apology to the victims as they requested.

There are murmurs of disagreement and anger among Matabeleland chiefs following revelations that the planned exhumations will not be Gukurahundi-specific, but cover’s all episodes post-1980.

Government has been at pains to explain that Gukurahundi exhumations will be stayed until a policy was in place to guide the whole exercise.
Last week, reports in the media said the government was now crafting the policy.

This is not the first time that the government has announced plans to craft such a policy and the latest manoeuvres have unsettled traditional leaders, who feel there is no political will to have a Gukurahundi-specific exhumations policy.

“This has been clumsily led from the word go. Even this policy, there is talk of mixing events that have nothing to do with Gukurahundi. We are saying let those be separated,” said one traditional leader.

Another said: “This is what we have gathered, but we are saying there is no need to lump issues.

“I am not so sure what, or the context of what I was talking about,” Nare told Sunday Southern Eye when this publication sought clarifications.

Nare was quoted as having said: “At the moment the policy is being worked on and several stakeholders including the NPRC are involved.

“It is being spearheaded by the Ministry of Home Affairs and Cultural Heritage.

“The exhumation and reburial policy that exists only covered episodes that happened up to 1979, but the new policy is holistic as it covers events that occurred after 1980.”

In June, President Emmerson Mnangagwa met traditional leaders at the State House in Bulawayo where the issue of an apology over the Gukurahundi atrocities topped their list of demands.

Like his predecessor Robert Mugabe, Mnangagwa has not apologised for the Gukurahundi massacres while shifting all processes addressing the emotive issue to the NPRC.

Chief Mathema from Gwanda said traditional leaders from the region would, however, not tire in pushing for an apology.

“And these are battles that we have to fight as a region,” he said.

“Firstly, we requested a national apology, which we never got…that should be the starting point as far as we are concerned.”

Meanwhile, Zipra Veterans Association have urged Mnangagwa to consult them before exhuming bodies of victims of Gukurahundi killings as some of them were war veterans.

Speaking at a press conference in Bulawayo recently, Zipra spokesperson Buster Magwizi said Zipra members were largely the target of Gukurahundi.
“Whose bones are they going to be exhuming that they know?

“(Mnangagwa) should ask us as Zipra members to help him find some of those families in Matabeleland whose relatives did not make it back to their homes,” Magwizi said.

“He should come, let DNA tests be done, forensics and anthropological surveys be done, collect all the data so that when the time comes for the exhumation of the bodies we quickly come up with resolutions.”

Magwizi added: “We know some who were murderers who just killed people and we know them, but we do not want to just go around saying things about that.

“What we want is to be respected. So people from the Matabeleland Collective, the likes of Jenni Williams and others, should be advised that we are having talks but they should come back and tell Zipra where you left the bodies.”

Human rights activists believe at least 20 000 people were massacred by the North Korean-trained Fifth Brigade that was deployed in Matabeleland and Midlands.
The crack unit, which was ostensibly deployed to end a dissident menace, targeted opposition supporters in the killings and torture spree.