Parliament is backtracking on its stance that Vice-President Constantino Chiwenga’s suspension of by-elections to fill vacant parliamentary and municipal seats was constitutional, saying the pronouncement was a mistake. 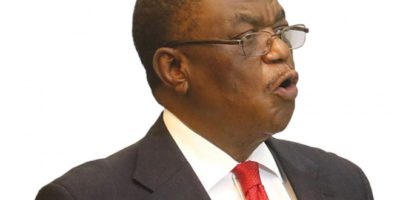 Jacob Mudenda, the National Assembly speaker, last week announced that Statutory Instrument 225A of 2020, issued by Chiwenga a fortnight ago suspending by-elections as long as Covid-19 remained a “formidable pandemic”, was unconstitutional.The speaker was, however, singing from a different hymn book in an interview with The Standard where he insisted that the Parliamentary Legal Committee was yet to review the contentious statutory instrument.

Mudenda said the committee was only likely to come up with a position on the statutory instrument in two weeks’ time.

“There are three statutory instruments that the Parliamentary Legal Committee is yet to consider so they did not pronounce themselves as to whether they were adverse or non-adverse,” he said.
“We explained that later on because there was confusion. It appeared as if the statutory instrument had recieved an adverse report from the Parliamentary Legal Committee. That was explained,” Mudenda said.

“That statutory instrument and two others are still to be reviewed by the Parliamentary Legal Committee and they will meet probably in the next two weeks to pronounce their legal opinion.”

Mudenda had told Parliament that the committee had met and reviewed the statutory instrument and found it to be unconstitutional.

The statutory instrument issued by Chiwenga, who doubles up as Health and Child Care minister, was dismissed as unconstitutional by legal experts.

A group of citizens and the Elections Resource Centre have since approached the High Court seeking the reversal of the suspension of the polls.

The Zimbabwe Human Rights Commission last week criticised the suspension of the polls, saying it was not consistent with democratic principles.

After the ban, Zec accepted the names of Khupe and 14 others that had been nominated by the MDC-T interim leader to replace Chamisa’s recalled proportional representation MPs, which gave way to their swearing-in, in Parliament on October 7.

But despite the ban, Zanu PF has been conducting primary elections throughout the country in preparation for the by-elections.

Legal experts say the ban does not hold water because Covid-19 cases have been on a decline in Zimbabwe.

The country has significantly opened up after a national lockdown was imposed in March to slow down the spread of the virus.