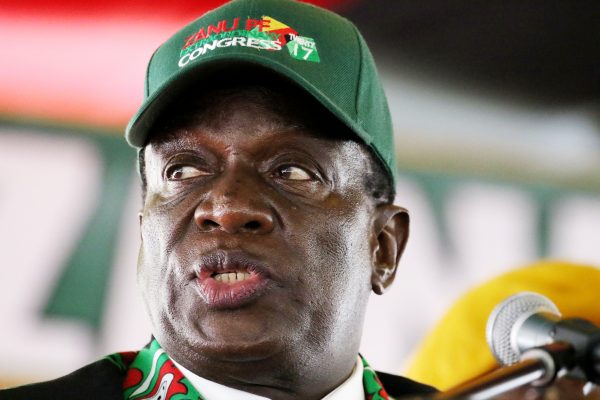 President Emmerson Mnangagwa’s cocktail of measures to pacify the south-western parts of the country that bore the brunt of the 1980s massacres by the army have been greeted by strident opposition from traditional leaders.

Mnangagwa early this month, through Justice secretary Virginia Mabhiza, announced that the government would facilitate the acquisition of death certificates for Gukurahundi victims and identity documents for survivors.

The government also announced that remains of victims buried in mass and shallow graves would be exhumed for reburial, but chiefs from Matabeleland and
Midlands say they are against anyone “tampering with evidence of the massacres.”

According to sources, Matabeleland and Midlands chiefs met the Matebeleland Collective (MC), a group of civil society groups that extracted the concessions
from Mnangagwa, at a lodge in Bulawayo last Thursday where they made their position known.

From the Midlands chiefs Sigodo, and Mafala attended the meeting while Gampu, Nyangazonke and Ndiweni represented Matabeleland.
Nyangazonke, Ndiweni and Mathema in separate interviews said traditional leaders were not against the MC as an independent body, but the process government announced through the group on low it wants to address the emotive issue without any acknowledgement and apology.

“There was a lot of reaction against the MC on why they had the meeting with the president to discuss Gukurahundi in the first place,” Ndiweni said while
confirming the meeting.

“We took all that criticism on board since we are the sounding board for the concerns of the people.

“For us, we had to meet them to find out what they were saying and doing.

“However, our position is absolutely very clear that there must not be a single exhumation under any circumstance.

“That is premature; we are saying there is a known record internationally of undertaking this process wherever genocide has taken place. Rwanda for example.”

Ndiweni said the exhumations that are expected to start in Tsholotsho this week would contaminate the evidence.

“I repeat: Absolutely under no circumstances must there be a single exhumation,” he said.

“The minute you do that there will never be any truth-telling.”

Mathema from Matabeleland South said traditional leaders expected truthtelling and acknowledgement of the massacres to be central in resolving the Gukurahundi issue.

“As chiefs, this is part of the conversation that we will take on board, and try and meet the government of the day on how to formulate a roadmap on addressing
Gukurahundi,” he said.

“We have been engaging the MC, but we are clear that there must, first, be an acknowledgement and an apology and we then move forward. There must be
truthtelling.

“How do you even say you are addressing Gukurahundi without an acknowledgment? What are you addressing? As for the victims, how do you ask them to forgive
without apologising?

“They apologise to who, and for what? That must be very clear.”

Nyangazonke weighed in saying the chiefs wanted a meeting with Mnangagwa.

“As chiefs, we are saying we want to independently meet the president about this, and do things differently,” he said.

“We feel chiefs are better placed to handle this as they have a constituency unlike the MC, as, for example, on exhumations, on whose land will this take
place?

“Some of the things that the MC agreed on with government cannot be undertaken without the blessing of the chiefs.
“The Gukurahundi issue is becoming a dog-eat-dog matter, a money-making project.

“For us, it is not about the money, but that [addressing Gukurahundi] is our role as the chiefs to undertake. We are going to be different in the way we
address this.”

The traditional leaders said the people who suffered most from the brutal campaign by the North Korean-trained Fifth Brigade were in the rural areas, but they were not consulted.

“Gukurahundi happened in the communal areas, under our jurisdiction, not in towns where they agreed on some of the formulas of addressing it,” Nyangazonke
said.

“It is their right, and we cannot stop them, but when they come to the communal areas, to our areas of jurisdiction, they will understand what we mean.”

Jenni Williams, one of the MC coordinators, also confirmed the meeting, but said they would continue engaging the traditional leaders for a solution to the
Gukurahundi issue.

“We have had many meetings with chiefs over the past years on Gukurahundi,” she said.

“The engagements have been ongoing, and last week’s meeting is no different.

“We will continue to do so, also with other stakeholders. That is an ongoing conversation.”
The MC met Mnangagwa at the Bulawayo State House last month where they made demands that government must address issues arising from Gukurahundi.

Human rights groups say at least 20 000 people died after former president Robert Mugabe unleashed the Fifth Brigade in Matabeleland and Midlands in 1983 to
track down dissidents that are said have numbered less than 100.

The killings only ended when Zapu, led by late vice-president Joshua Nkomo, whose supporters were the main target of the pogrom, agreed to merge with Mugabe’s
Zanu PF in 1987.

Mngangagwa’s spokesperson George Charamba recently caused a furore when he told this publication in an interview that Gukurahundi was a war, pitting two armed
sides.

He was reacting to accusations that Mnangagwa was an architect of the killings.