Chihuri thrown under the bus 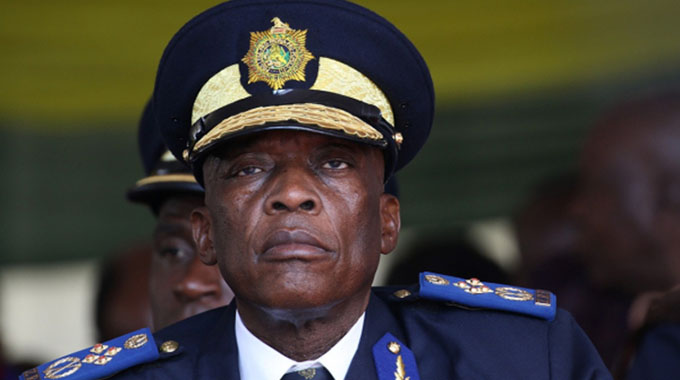 Zvamaida Murwira Senior Reporter
Former Home Affairs Minister Ignatius Chombo, secretary in the ministry Mr Melusi Matshiya and the Zimbabwe Republic Police command on Monday told Parliament that they were not aware that the police mined diamonds at Chiadzwa.

Police Commissioner-General Godwin Matanga, his three deputies, Innocent Matibiri, Levi Sibanda and Josephine Shambare said they were not aware that the police had a 20 percent stake in Gye Nyame which mined the precious stones.

They made the claims before a Parliamentary Portfolio Committee on Mines and Energy chaired by Norton legislator Mr Temba Mliswa.

The committee is investigating the mining of diamonds at Chiadzwa during Mugabe’s era.

The police said they were failing to locate him. In his evidence, Mr Matshiya said the police were supposed to have briefed him after they got a concession at Chiadzwa for accountability purposes to Treasury.

“There are donations that are made to the police, even like cellphones, desks,” he said.

“They will declare them to me and I will apprise Treasury about it.

“In this instance this did not take place. I am aware that the minister was not aware. If he was aware he did not create awareness to me so that I can have financial stewardship.”

Mr Matshiya said no revenue was declared to Treasury by the police. Dr Chombo said he was in the dark.

“Within the period I was minister, I was not briefed,” he said.

“I only heard about it the last time when the committee talked about it.”

“I am putting on two hats, I am representing the Commissioner-General and myself,” he said.

“I know absolutely nothing about this company. I have with me here my colleagues DCG Shambare, Sibanda and all of us do not know anything about it.

DCG Matibiri said he was not aware of the deployment of police details to safeguard diamonds after Government decided to consolidate mining firms operating at Chiadzwa.

This was after Mr Mliswa had said companies mining diamonds complained that the police were brutal and they lost gems in stock when the law enforcement agencies moved in.

Retired police commissioner Mekia Tanyanyiwa said he was responsible for the deployment of the police and had briefed DCG Matibiri as his immediate boss upon being instructed by former Comm-Gen Chihuri.

DCG Matibiri eventually admitted that he had been briefed by Comm Tanyanyiwa, but said it was odd for him to be apprised by his subordinate as he expected Comm-Gen Chihuri to tell him.

Earlier on, one of Gye Nyame directors, Mr Itai Munyeza, said he was forced to surrender keys to the vaults containing diamonds by armed police.

Mr Munyeza said he did not know what became of the stockpiled diamonds.