A DELUGE of disinformation and agenda-setting antics by some civic organisations threatened to scupper the Government’s plan to establish a vast irrigation scheme in Chilonga communal lands in Chiredzi and sully the multi-million dollar developmental project, The Sunday Mail has established.

There was a co-ordinated onslaught on the project following the gazetting of Statutory Instrument 50 of 2021 earlier this month, announcing authorities’ intention to set up a multi-million-dollar stock feed project on 12 000 hectares under irrigation in partnership with a local dairy company.

Reports that the Government intended to evict thousands of peasant farmers from their land in order to set up lucerne grass project spread terror among many Chilonga villagers amid accusations of insensitivity by the Government.

An investigation by this publication has, however, established that extensive consultations between the Government and the local community were carried out, eliciting overwhelming support for the project by locals.

Local headman Mr Vikani Mashanyele of Solomon Mashanyele village said while consultations were ongoing, there was a sudden uproar over alleged plans to “evict” villagers.

“There was the first meeting where chiefs, headmen and councillors were called to the district administrator’s office where they were told about the project in the presence of local parliamentarians,” said headman Mashanyele.

“The meeting was done on a Friday and the following day some rogue individuals had already started spreading false information about the plan.

“By the time proper communication had been relayed to the villagers and feedback was needed, people were already angry.”

He said the culprits had told the villagers that they would be moved immediately and their crop which was in the fields had been taken over.

“We were told that even the crops in the fields no longer belonged to us because the land was bought and paid for.”

It was then that some civic organisations latched on amid the confusion, helping to contrive a public uproar while accusing Government of being insensitive.

Some civic organisations, according to villagers who spoke to this publication, coerced villagers to give false testimonies which portrayed the Government-led project in negative light to foreign and local media.

Headman Mashanyele said some unidentified people from South Africa descended on Chilonga offering money to villagers asking them to speak against the project.

“I told my people not to entertain these people because we knew they had their own agendas.

“After the visit by opposition party leaders, who had never been to our area before, we knew that there was a nefarious agenda behind the uproar,” he said.

He said the visit by MDC Alliance leadership, which was led by the party’s vice president Tendai Biti was meant to stoke the flames of chaos.

Authorities have, however, moved in to quell the hubbub by withdrawing SI 50, replacing it with SI 72A of 2021 that will see the area being turned into an irrigation scheme.

Chiredzi, located in the Lowveld to the south east of the country, is perennially dry.

The area is, however, surrounded by abundant water sources, making it suitable for commercial agriculture.

The Lowveld soils are generally fertile and deep, but need a lot of water to produce crops.

Now, the Government is planning to pivot on the existence of these synergies to establish an agriculture green belt.

Similar projects are being undertaken throughout the country including in Kanyemba, Mashonaland Central and other areas.

As the tumult is gradually dying a natural death, the Government is resuming consultations with the local community following the relaxation of national lockdown measures.

“The consultation had been stopped by the Covid-19-induced lockdown and we are confident the meetings with the local leadership will resume soon,” said Mr Matsilele.

“No one living in the Chilonga area will be displaced, only a few might need their houses shifted a short distance to allow irrigation canals to pass through.

“Local headmen, chiefs and councillors are being consulted so that their people get to understand what is being planned.”

He said a masterplan for the project was under development. 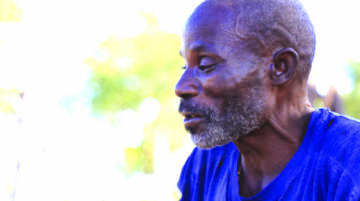 He said authorities had given assurance that there will be no mass displacements.

“The Government will make sure we are safe,” he said.

“We believe the system has everything in order to protect citizens and this is not the first time we have been moved or relocated but here we are,” he said.

“We accept the project as long what we were told by the Minister of State(Ezra Chadzamira) is what will be done. He said people will not be moved.

“Those in the area will be out-growers, but if you are settled where there will be infrastructure development, you will be shifted within the same area and resettled on another piece of land, with the cost met by Government.”

Local Government and Public Works Minister July Moyo said the Government has no intention of displacing the villagers.

“We have told the investor that we do not want to displace anybody,” said Minister Moyo.

“This land belongs to the State and planning is going to be undertaken by the Ministry of Lands together with the investor,
plus of course those who are going to benefit.

“The rural district council, as the land authority there, will remain seized with the issue,” he said.

The Government plans to establish vast agriculture greenbelts in partnership with private sector players in perennially dry regions as part of plans to boost agriculture production.

The greenbelts are earmarked for natural regions one, four and five which have excellent soil texture.

Huge tracts of land are being opened up for agriculture production in the Zambezi Valley, the Save Valley, Runde and Limpopo areas.

Treasury is already financing the clearing of 300 000 hectares of land for farming in Kanyemba.