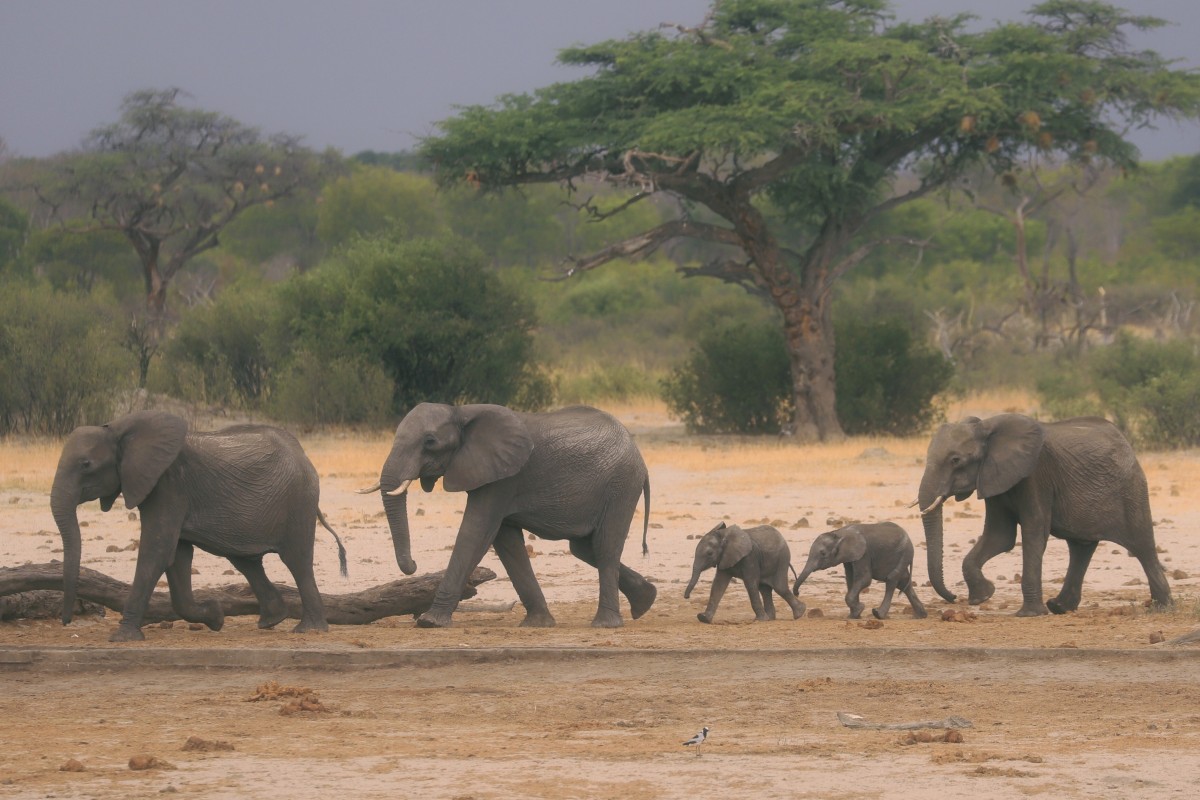 Zimbabwe last week reversed its decision to license Chinese companies to mine Hwange national park. An environmental group applied to the country’s High Court on September 8, 2020, to stop coal mining in the park, home to one of Africa’s largest populations of elephants. Photo: AP

For many years, Chinese companies have been on the receiving end of claims that they are not transparent in their operations and are destroying ecosystems in their search for raw materials in

last week reversed its decision to license Chinese companies to mine Zimbabwe’s Hwange national park, China lectured the southern African nation on the need to be transparent.

Guo Shaochun, the Chinese ambassador to Zimbabwe, said he wanted the Zimbabwean government to be more transparent and to “use mining proceeds to develop itself and improve the lives of its people”, using a tone usually taken by Western diplomats from the US and European countries.

Zimbabwe should implement laws and regulations to increase corporate transparency in mining and promote the sustainable growth of businesses, Guo said in a statement on September 10.

He also wanted all mining companies to be monitored to observe whether the enterprises were operating legally, whether they complied with Zimbabwe’s environmental protection and labour policies, and whether they were trading mineral products through legal channels.

It was a rare position taken by a Chinese official, contradicting Beijing’s policy against challenging another country’s domestic affairs. It was even more extraordinary given that Chinese companies had been at the centre of controversy over mining in a national park.

Zimbabwe last week banned two Chinese companies – Zhongxin Coal Mining Group and Afrochine Smelting – it had previously licensed for coal exploration at the Hwange national park after campaigners and environmentalists took the government to court to avoid “ecological degradation” in parks. Hwange is home to more than 45,000 elephants,

The licences were cancelled last week, days after dozens of elephants died at the park from suspected bacterial infection.

A year ago, China was criticised by activists for importing 30 young elephants from Hwange, which went against the Convention on International Trade in Endangered Species of Wild Fauna and Flora (CITES) directive that banned the sale of the wild animals.

China is the largest investor and financier in Zimbabwe, where several Chinese firms also mine gold, diamonds and other minerals. Beijing has been Zimbabwe’s key diplomatic and economic ally since the United States and EU imposed

on former president Robert Mugabe’s regime and entities because of human rights abuses.

In Kenya, Chinese companies and their Kenyan partners last year had a major setback when a court stopped the building of a US$2 billion coal-fired power plant after environmentalists moved to court arguing that the project endangered a Unesco World Heritage Site in the coastal town of Lamu. Of the plant’s estimated US$2 billion cost, US$1.2 billion is coming from the Industrial Commercial Bank of China.

China is funding eight coal-powered projects in Africa – including Egypt’s Hamrawein coal-fired plant, which has an estimated cost of US$4.2 billion and is expected to generate 6GW of power – despite the Asian economic giant’s commitment to cut emissions as part of the Paris Agreement.

Across Africa, from Kenya to Mozambique, Nigeria and the Democratic Republic of Congo, Chinese companies have fought environmentalists accusing them of destroying ecosystems in their search for commodities, including oil, metals and timber, and during the building of massive projects such as railways cutting through national parks in places like Kenya.

Greenpeace, a non-governmental environmental organisation, said China’s growing demand for timber was putting pressure on forests in the Congo Basin, the world’s second largest rainforest after the Amazon. The Congo Basin spans Cameroon, the Central African Republic, Democratic Republic of Congo, the Republic of Congo, Equatorial Guinea and Gabon.

China is the biggest importer of logs coming from Central African countries and Chinese firms now manage forest concessions equal to about 25 per cent of allocated concession area in the Congo Basin forest, according to Greenpeace Africa.

Tal Harris, the international communications coordinator for Greenpeace Africa based in Dakar-Senegal, said the Chinese government had championed impressive afforestation and reforestation programmes but “it cannot be accepted that Chinese companies are allowed to trash the world’s second largest rainforest”.

China is now funding tree planting through its but Greenpeace Africa said it was important and necessary to regulate its enterprises overseas to avoid the destruction of crucial natural habitats, for example the Congo Basin Forest.

However, “despite these good aspirations and policies, there is still an enormous shortfall between intentions and actual projects on the ground”, she said.

“There are continuing problems across the African continent. For the most part, these are being pushed by individual Chinese enterprises, mostly state-owned enterprises, and sometimes provincial governments. To date, the central government has not been able to regulate these overseas companies,” she said.

But corrupt African leaders are also to blame. David Shinn, a professor at George Washington University’s Elliott School of International ­Affairs, has done studies on the environmental impact of China’s investment in Africa.

He said that because of leaders in Africa who were corrupt, “African officials often turn a blind eye to illegal activity or environmental damage. The officials and African loggers are at least as complicit as the Chinese company”.