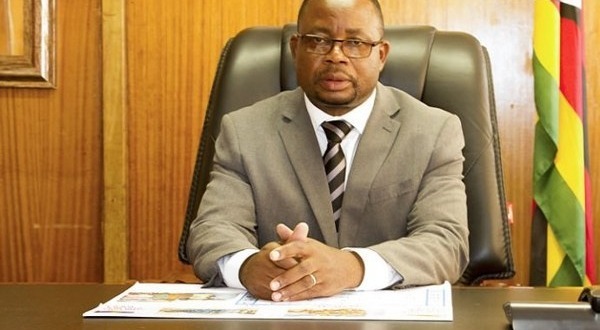 GOVERNMENT salary talks broke down last week, with teachers saying they will boycott classes when schools reopen for examination classes next week as a result.
The Apex Council, an umbrella body for all government employees, confirmed the development yesterday as teachers’ unions said they would officially declare their planned strike action today.

“We had a breakdown last time and we couldn’t agree and there was no talk of how, when and what with the government,” Apex Council spokesperson David Dzatsunga said.
“It was just a case of taking your jacket and leaving with no agreement and that’s where we are,” he said.

Dzatsunga said the Apex Council would this week meet to map the way forward, adding that he had not yet been briefed on the position taken by teachers.
“We are not yet briefed on that and maybe we will hear their position in our meeting sometime this week. What we know is we had a meeting (with the government) that broke down, but obviously we will have to hear what they will have to say,” he said.

Public Service minister Paul Mavima confirmed the standoff, but said there was room for further negotiations.

“They failed to reach an agreement last week. However, that should not close the door for negotiations. I am going to kickstart those negotiations again this week,” he said.
Civil servants have frequently gone on strike since 2018 as the local currency has tumbled, fuelling inflation and eroding incomes.

Citizens have also lost faith in President Emmerson Mnangagwa’s economic revival plans, but government claims its efforts are being sabotaged by the opposition and foreign elements pushing a regime change agenda.

Information minister Monica Mutsvangwa yesterday said she was still optimistic of a breakthrough in the talks.

“Government is negotiating in good faith and remains optimistic that both sides find each other and find a common ground. It tabled an offer to its workers and they indicated that they were not happy with it. But this is a matter under negotiation and that’s what the National Joint Negotiating Council is here for,” she said.

“It’s a forum where two polar positions are brought together for a joint common position. This scenario does not indicate a strike is going to take place, but that parties have to regroup and review their positions so they can come together to try to find each other again.”

Two weeks ago, nurses ended a three-month job boycott to give negotiations a chance.

Teachers yesterday said they would not return to work next week, as government insists on reopening schools beginning with examination classes on Tuesday.

Teachers’ organisations confirmed the industrial action yesterday, adding that they would officially announce the decision today in Harare.

Inflation is above 700% and teachers say their salaries have not kept pace, with the average salary the equivalent of between US$30 and US$35, against their demand of US$520 per month.
In a circular distributed on Sunday, the country’s biggest teachers union, Zimbabwe Teachers Association (Zimta), said: “Teachers have been hard hit by the economic decline since the adoption of RTGS [real time gross settlement] as an official currency. As a result, the living conditions of teachers are now (incomparable) to anything human.

“We are concerned that the economy has self-dollarised and transport fares are now charged in United States dollars and rand on most routes.”

Added Zimta: “We are appalled by the wide and unjustified disparities in basic salaries between teachers and other public servants and that school fees, rentals, medical insurance, funeral insurance and clothing are now out of reach for the educators.”

The teachers body said the decision to reopen schools was done without consultation, adding that schools were ill-equipped to comply with COVID-19 preventive measures.

“After wide consultation of all our 42 000 members across all the country’s 10 provinces, the Zimta national executive hereby declares that all educators will not be able to report for duty on September 28 for the opening of schools since they are incapacitated.”

The teachers are also demanding COVID-19 allowances realised out of an agreed position and not “through the benevolence of His Excellency President Mnangagwa”.
Progressive Teachers Union of Zimbabwe president Takavafira Zhou said there was no going back on the strike.

“The die is cast and a united position will be given (today) and that united front is clear that the teachers are incapacitated and unless they are capacitated by the government, we don’t foresee them going to school,” he said.

“Our position is very clear, that we want a united front of teachers and that united front includes all the nine teacher unions. We believe that (making) isolated declarations is not the best position. The best foot forward is a united front because we have realised that we need to bury our differences for a common cause for our teachers because they have no special shop for professionals from any union.”

The Zimsec examinations start on December 1, 2020.