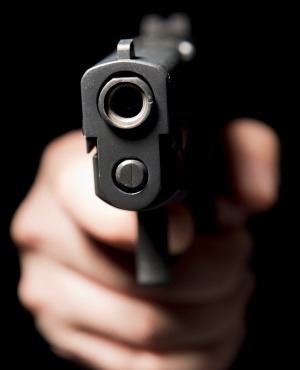 A Chinese mine in Gweru where one of its directors (a Chinese national) shot an employee on both legs while another had his chin grazed by a bullet on Monday apologized for the incident and said it would meet the full medical costs as well as compensate victims.

Zhang Xuelin, a manager at Reden Mine, allegedly shot Kenneth Tachiona (39) and Wendy Chikwaira (30) in a dispute over outstanding salaries on Sunday morning.

Xuelin has since been arrested and is in police custody and is expected to appear in court today.

National police spokesperson Assistant Commissioner Paul Nyathi confirmed the incident but would not give more details.

In a statement released by the Chinese community in Gweru yesterday (Monday), they said the incident was regrettable and did not reflect their behaviour.

“As the Chinese community in Gweru we deeply regret what transpired at Reden Mine in Gweru on Sunday 21 June when two companies’ employees were unfortunately shot by one of the directors following a pay dispute,” read the statement.

The company said it was meeting medical expenses of the victims with Tachiona admitted at a private hospital, receiving specialized treatment.

They have also since engaged Chief Gambiza and met with the families of victims to negotiate compensation.

Both Chief Gambiza and Tachiona’s young brother, Killian confirmed meeting with the Chinese