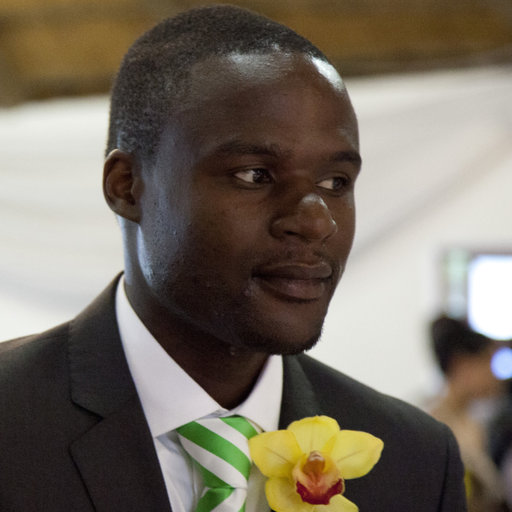 When we speak of the year 2020, the name Gorge Floyd will wield more weight than the COVID-19 pandemic for obvious socio-political reasons.

George Floyd died at the hands of the police in Minneapolis, in the USA.

The world watched in shock and horror as a white policeman pressed Floyd’s neck on the tarmac as he pled for mercy and his mama, as he could not breathe.

“I can’t breathe” has been the main cry of some Black Americans who have died in police custody vis some lynching tactics.

The main changes such as reformation of policing laws, (de)funding of the police, repentance of some organisations and such as the National Football League, which gave such players as Colin Kaepernick a torrid time which included losing his income as no NFL team could employ him for taking a knee in protest against police brutality against black people in the US.

In the UK and elsewhere the authorities rethought the role of statues of colonialists, racists and other slave traders or beneficiaries of the same in public spaces.

Edward Colston, a noted 17th century slave trader’s bronze statue was toppled into the river in Bristol by protestors.

The grotesque and sordid nature of slave trade and racism that currently characterizes the USA cannot be overstated.

George Floyd became a hashtag, a useful and history changing hashtag and most people in the world associated and sympathised with the plight of blacks especially in the Global North.

Even those in Africa, well, some of them, marched in support of the rights and cries of the Black Lives Matter movement.

However, what I find problematic is that Africans, especially the South African opposition, the Economic Freedom Fighters (EFF), march for George Floyd and scream black lives matter while they have not protested against African governments’ abuse of their citizens.

To his credit Malema, as the leader of the EFF made his point clear.

And he has been consistent in this: South Africans, especially black xenophobic ones, should not be found shouting and joining the Black Lives Matter movement and George Floyd protests as charity begins at home.

However, Malema has been largely hypocritical in that he has been consistent in celebrating the late  former Zimbabwean leader, Robert Mugabe.

The EFF had the audacity of hosting a Mugabe memorial in South Africa, home to many Zimbabwean professionals, murderers, thieves, prostitutes, beggars who are all here due to Mugabe’s poor leadership.

Those who remain at home are traumatised, sick and hopeless.

The presence of some of these Zimbabwean nationals have found themselves as targets of violence by South Africans during xenophobic uprisings.

It is true that, in some cases, black non-South African nationals are willing to take jobs that pay a pittance in order to eke out a living in a foreign land and justifiably so.

While the xenophobic attacks point to South Africa’s leadership challenges and failures in terms of national governance, they also magnify South Africa’s international failure and partly co-signing with and to the despotic regimes by missing up opportunities to call these despots out for human rights violations, stealing elections and suppressing the media and abusing state institutions.

By hero-worshipping Mugabe, Malema not only gives us a glance into the type of leadership he covets but also spits in the face of Zimbabweans who have been affected by the Mugabe regime.

While Mugabe’s economy could have been considered better, Mnangagwa gives a terrible comparison as he has been a spectacular failure with the poorest oratory skills that pale in comparison even to such unschooled dictators like Idi Amin.

Most beggars at the traffic lights in South Africa are from Zimbabwe, some who commit violent crimes are from Zimbabwe and some cannot be traced through the police forensic system as they are illegally assembled in the country.

Malema and even the current ANC government seem not interested in addressing the causes of violent conflict in Africa, but find it worthwhile to march for the Black Lives Matter Movement and rights of Black Americans.

I am not here trying to undermine the predicament of our fellow brothers in the diaspora.

But the problematic issue is that mainland Africa treats anyone and anything from outside the continent as a better stock than the local people.

Hence it is easy for the African leaders to mourn and issue statements mourning the likes of Mugabe and murderers like Burundi’s Pierre Nkurunziza.

Of course, we do not speak ill, even if the ill-speak is truthful, of the dead in Africa but there shall come a time when we know to what extent we can mourn those whom we have failed to call in order while they lived.

The impression we get is that black African lives do not matter.

For the record, a few days before George Floyd was murdered, Zimbabwean police shot a young man in cold blood and there seemed to be no appetite by the police to prosecute their own.

There were no protests.

One might be justified in thinking that when western movements’ protests gain traction, African movements, especially political and civic ones, also want to be on the statistical maps just for the hashtag.

Isn’t it time African movements focused on African lives more than American ones precisely because the blacks in the Global North have enough technologies, voices, fire power and alliances more than in the Global South?

Most citizens in despotic African countries need assistance and support in unseating these autocratic regimes especially now before we get over the COVID-19 pandemic because most of the people are in a fix, hopeless and unsure of their bread tomorrow because of lockdowns.

After the lockdowns, they face a bleaker future and if they are to be counted among the Black Lives Matter uprisings currently sweeping throughout the globe, their fight does not have to be that of racism, but of unseating dictators.

Dr Shepherd Mpofu is a lecturer and media scholar