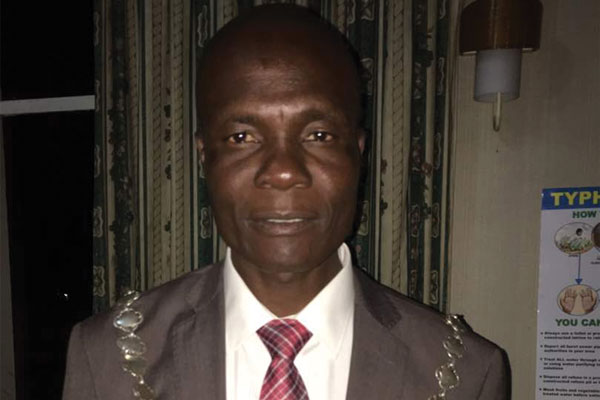 Makombe said the Midlands capital was witnessing a proliferation of Chinese companies venturing into chrome smelting, but contributing little to infrastructural development.

He said the impact of some mining operations in the province had become a cause for concern, particularly on the damage they cause to the road network.

“Big trucks from these corporates continue to buzz along Gweru road networks carrying chrome to and from the heavy industrial site, putting pressure on our roads and as council, we have always been engaging them (Chinese investors), but nothing has come out,” Makombe said.

“We will keep on engaging them. We expect them to do some corporate responsibility for the community.”

He said although there was no law that obliged the Chinese investors to contribute towards infrastructural development, city fathers believed that it was the moral duty of the companies to fund the rehabiliation and  construction of roads and other social amenities

“Surely, such investors have not given back to the community and you wonder why they continue to be offered vast tracts of land if they leave a negative mark in the city,” he said.

“We have companies such as Mimosa and Unki Mines that have done good corporate social responsibility programmes in health, education, housing and road construction, among other undertakings, not only in Gweru, but in the Midlands province as a whole, yet we have some companies that appear to just come for resource plundering and nothing else.”

Environmental experts have often accused Chinese firms, particularly those in the chrome business, of environmental degradation.

Over the years, labour unions have bemoaned unsafe working conditions at Chinese firms operating in the country.

Last year, the Zimbabwe Congress of Trade Unions petitioned the Chinese embassy over labour rights violations by the Asian investors.

Since the advent of government’s look east policy in 2007, the country has seen an influx of Chinese nationals and companies.