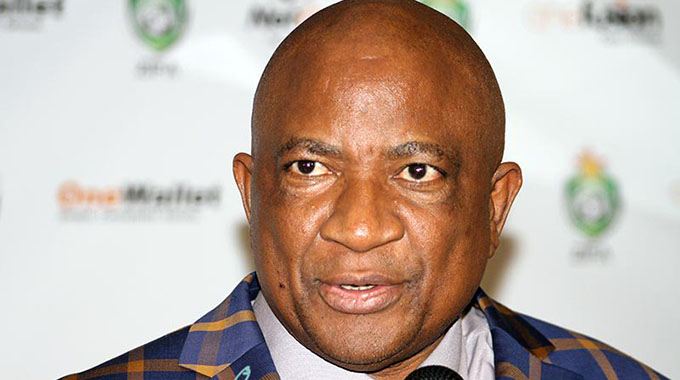 Cde Chiyangwa, who is the Zanu-PF candidate for Zvimba South in the July 30 harmonised elections, lost to MDC-T candidate Dr Peter Mataruse in the last polls.

He has since moved to Zvimba South after the constituency lost a number of senior party members for dabbling in the divisive G40 cabal shenanigans.

“People in Chinhoyi did not vote properly in 2013 and now they are still crying, but here in Banket I know you will vote well and wise in your numbers for the hard working Cde Chiyangwa.

Cde Mupfumira urged people to set aside their differences, unite and pull in the same direction to ensure a resounding victory for Zanu-PF and its presidential candidate Cde Mnangagwa.

She said she was happy to see all the losing candidates in Zvimba South working together.

“We should be aware that former president Mugabe is gone and now the baton is with Cde Emmerson Mnangagwa and all the people must rally behind him for the capabilities he has displayed in just a short time,” she said.

Meanwhile, Cde Mupfumira took the opportunity to introduce Zanu-PF Politburo member and national secretary for Labour and Production Cde Josaya Hungwe, who is leading the campaigns in Mashonaland West Province.

Cde Hungwe urged Zanu-PF members to vote in peace and to show the world that Cde Mnangagwa is fit and suitable for the post.

“Cde Chiyangwa knows as a businessman that ED is capable of turning the country’s fortunes,” he said.

Cde Hungwe also congratulated the people of Zvimba South for making the right choice in choosing to be led by Cde Chiyangwa, whom he declared as the winner ahead of the harmonised elections.