Chin’ono and Ngarivhume appear in court, protest against ill-treatment during detention

Source: Chin’ono and Ngarivhume appear in court, protest against ill-treatment during detention – The Zimbabwean 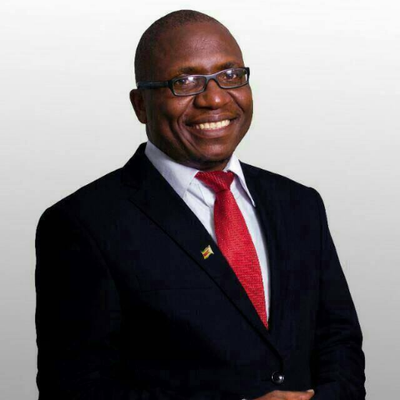 Prosecutor Whisper Mabhaudhi also accused Chin’ono of incitement to
commit public violence as defined in section 187(1)(b) as read with
section 36(1)(b) of the Criminal Law (Codification and Reform) Act.

Mabhaudhi told Magistrate Nduna that Chin’ono, who is represented by
Beatrice Mtetwa, Gift Mtisi and Douglas Coltart of Zimbabwe Lawyers
for Human Rights (ZLHR), allegedly posted various messages on his
Twitter account using the handle @daddyhope during the period between
1 March 2020 to 20 July 2020 calling upon Zimbabweans across the
country to engage in acts of public violence against the government on
31 July 2020.

The journalist allegedly posted several messages on Twitter which
read; “@Ngarivhume and many others have come to put their hands up and
said they will lead anti-looting demo on 31 July”, “That is the power
of engaging with others! So from now on he says it will be the #July31

“Zimbabwe will NEVER be free from LOOTERS through elections, it is
just a waste of time. They will rig elections, and of you go to court,
their judiciary LOOTOOTING partners will be waiting for you. “Change
will come by any means.”

Mabhaudhi charged that by posting such messages Chin’ono intended to
disturb the peace, security or order of the public.

On Tuesday 21 July 2020, ZRP members confiscated a camera belonging to
Chin’ono after they obtained a warrant of search and seizure granted
by Harare Magistrate Judith Taruvinga authorising them to conduct a
search at the award winning journalist’s residence in Harare for
cameras, articles or documents which he allegedly used in committing
the offence.

Chin’ono’s lawyers told Magistrate Nduna that the journalist and
Ngarivhume were taken out of their cells on Tuesday 21 July 2020 at
4:am at Harare Central Police Station by an unidentified woman who
“profiled” them. The lawyers charged that the Investigating Officer
and detectives at Law and Order Section at Harare Central Police
Station were not aware of the woman who interviewed Chin’ono and
Ngarivhume at an ungodly hour.

The lawyers also complained about the malicious damage to Chin’ono’s
property at his residence, where some police officers broke one of his
glass panels as they forced their way to arrest him.

Magistrate Nduna ordered the State to conduct investigations into the
complaints tabled in court by Chin’ono’s lawyers and furnish the court
with a report within three days.
On Thursday 23 July 2020, Magistrate Nduna will continue with the bail
hearing for Chin’ono at 8:30 am.

Meanwhile, Magistrate Trynos Utahwashe will on Thursday 23 July 2020
hand down his ruling on a bail application filed by Ngarivhume’s
lawyer Moses Nkomo.

Ngarivhume was also arrested on Monday 20 July 2020 by ZRP members and
faces similar charges as Chin’ono of inciting Zimbabweans to revolt
against President Mnangagwa and had his house searched by law
enforcement agents on Tuesday 21 July 2020.