No US$75 joy for civil servants

Source: No US$75 joy for civil servants – NewsDay Zimbabwe 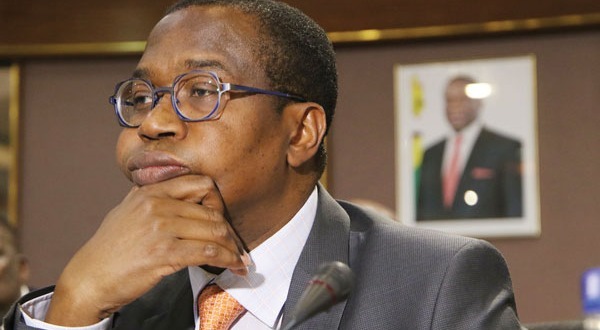 CIVIL servants yesterday expressed anger after failing to access their US$75 allowances as promised by the government, accusing their employer of being insincere.

Government last month promised civil servants a cushioning allowance of US$75 for the next three months and ordered employees to open nostro bank accounts to access the funds.

However, the civil servants yesterday said they were failing to access the promised funds with Finance minister Mthuli Ncube saying banks would not be allowed to release hard currency to individuals.

“However, we do not want individuals to withdraw cash from banks for the US$75 allowance because we are concerned as a government that it will end up in the parallel market.”

This came as Information permanent secretary Ndavaningi Mangwana accused banks of compelling civil servants to liquidate their allowances within the bank.

“Some unscrupulous banks are impelling civil servants to liquidate their US$75 within the bank, in the process shamelessly mopping up forex from poor workers. Civil servants are supposed to be given cards which they can use in participating retail outlets as they please,” Mangwana said.

The Apex Council, an umbrella body for civil servants unions said there was no clear explanation on the allowances they were supposed to get.

“There is no adequate information on the ground as to exactly what to do. If I go to my bank, what should I expect?

This has created a lot of confusion. We now don’t know whether this is real or not. If you go to a bank, you are told that you can convert the amount into RTGS [Real Time Gross Settlement], then transfer it into your Zimdollar account,” Apex Council spokesperson David Dzatsunga said.

“They said they would give a hybrid card that would reflect the Zimdollar balance and US dollar balance. They said it’s something they are working on and while they are doing that, it is not clear. They are different scenarios without a clear message out there.

“We have always said this is a government initiative of which it was not arrived at out of any consultative process. So, they will always tell us that it has always been our decision, so you cannot tell us how to manage it.

The only thing we are waiting for is for the government to call us to the table and we discuss the real issues.”

Contacted for comment, Bankers Association of Zimbabwe president Ralph Watungwa told NewsDay that shortage of bank cards and “strict instructions” from Treasury not to disburse the US$75 as cash were behind the delays.

“Imagine you have a sweet shop and only have two tonnes of sweets in store, then a big businessman walks into your shop wanting to purchase six tonnes, obviously you won’t be able to service the order. When the announcement of the US$75 for civil servants was made which is meant to fund cards for shopping for civil servants, naturally some banks did not have enough cards,” he said.

“Remember, there are 300 000 civil servants and some do not have nostro accounts, so these accounts needed to be created. When Treasury funded the banks with the US dollars to pay civil servants, the US$75, which was done last week, some workers needed new cards. So, the problem here is logistics as banks would need to create the cards.”

He said instances, where some banks were converting the US$75 into Zimdollars at official forex rates and disbursing to clients, were at the behest of the depositor.

“The instances you speak of, where the US$75 is being converted into Zimbabwe dollars at the official forex rate, are only after the clients would have pleaded with the bank to take such an action,” Watungwa said.
“Remember, we as banks have communication from the Treasury that the US$75 is not supposed to be given to civil servants as cash, so we are in discussions with the Reserve Bank of Zimbabwe about how best to give clients the money who cannot wait for the cards.”

He said they expected all civil servants to be able to access their monies in 30 days.
“Remember, all the materials needed to make the cards need to be imported,” Watungwa said.
Progressive Teachers Union of Zimbabwe president Takavafira Zhou accused banks of deducting money from the allowance.

“The rate of exchange is very low in banks and because civil servants are being forced to get their money in RTGS, which is also coming to them already deducted, this shows there is a deliberate robbing of civil servants while they tried to make it look like it’s beneficial, but in actual fact, it is not effective,” he said.

“The systems are ready for civil servants to get the US$75 from the special foreign currency accounts which were opened. The process has been completed now and the banks have said they are ready to issue cards for use in the shops,” Mthuli told Senate yesterday.