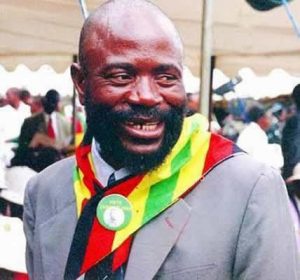 MDC-T Mabvuku-Tafara Member of Parliament James Maridadi on Thursday warned President Emmerson Mnangagwa to be wary of his allies in ZANU PF as they are wolves in sheep’s skin.

Maridadi warned that Chinotimba who once called Grace Mugabe a prostitute could still turn against President Mnangagwa’s and call his wife Auxilia Mnangagwa a prostitute.

Maridadi was responding to a motion seeking to immortalise Mnangagwa introduced in the National Assembly by Mutasa South MP Irene Zindi.

Maridadi’s full text warning Mnangagwa:
‘Madam Speaker, let me tell you and this is a warning to the President, His Excellency, those people who are going to his office and those people that are sending congratulatory messages, those are wolves in sheep’s skin. They do not like him, they like his power –

Madam Speaker, I am one person who did not like the Presidency of the former President Cde. Gabriel Mugabe. That is why I tried to move a motion to impeach him from 2013. I tried from 2013, until I had to go to the Constitutional Court. Madam Speaker, today I would never rise to say anything disparaging of Cde. Mugabe. Handife ndakavatuka in his personal capacity, but a Member of Parliament from the right once stood up and said Mrs. Mugabe is a prostitute. It is there, it is in the public domain. If you want I can copy it. It is there in the public domain. Hon. Chinotimba in an interview said Mrs. Mugabe is a prostitute and we told him that you do not say such things about someone’s wife.