Pastor Ian: Grace or Mugabe Had No Power To Stop God, Mnangagwa & Chamisa

Bulawayo-A prophecy by Devine Kingdom Baptist Ministries Pastor Ian Ndlovu about the military takeover has left believers and non believers stunned as its accuracy was beyond doubt. 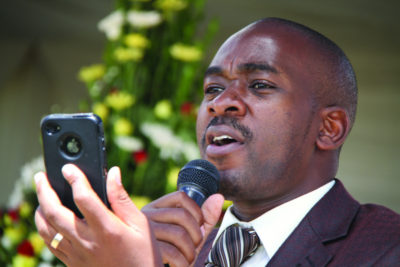 On the 27th August the pastor told of an unstoppable flood that was coming within a short space of time, so fast, so confusing but the movement will be the fulfilment of God’s plan for this country.

At the time of the prophecy none would have believed but in the aftermath of the military takeover many have asked how was this so accurate.

The pastor goes on to talk of oneness in the country.