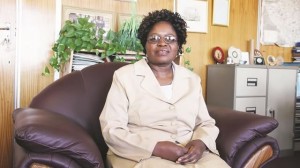 AN audit report on the operations of the Zimbabwe National Statistics Agency (ZimStats) has unearthed massive mismanagement of funds and assets that could have prejudiced the government of millions of dollars.

The audit by Auditor-General Mildred Chiri, which focused on revenue collection, governance, employment and procurement issues by ZimStats for the two years ending December 31, 2015 and 2016, suggests the agency could have suffered financial losses due to the way finances, assets and procurement were being handled.

According to the report, the agency had bad records for its finances and assets, while officials involved in irregular financial deals were protected and in some cases promoted to higher grades.

The agency purchased goods without going to the State Procurement Board, as required by the law and from companies that have no track record.

ZimStats did not prepare monthly creditors reconciliations, board of directors operated without declaration of interest register while close to $2 million was advanced to employees to do assignments in provinces for the two years and the money was not acquitted in the agency’s system.

“I noted that the agency has got at least three or more signatories per each bank account. However, I noted that there were payments where there was one signatory. The same officer was initiating and then authorising the same payments,” part of the report read.

The report also claimed senior officers diverted business to themselves and passed on the risk involved to the agency allegedly with the protection of director-general Mutasa Dzinotizei.

The audit also revealed that ZimStats had no proper record for its assets, with the agency failing even to supply the registration books for 20 of its 70 vehicles which were also not insured.

No board of enquiry was set up for damaged vehicles as required for a public entity, while some vehicles were disposed, but with no agreement of sale papers to prove the disposal.

One of the vehicles was recovered at a garage without an engine and axle and had already been removed from the company’s asset register without papers to show that it had been written off after an accident in 2013, as management claimed.

“A number of the agency’s motor vehicles had been attached and executed by the courts without being defended. Some of the attached vehicles had no court papers to back up the action and the asset register was not being updated,” part of the audit read.

Some of the vehicles, which include five Toyota Land Cruisers and a Toyota Prado donated by the United Nations Development Programme, were not captured in the agency’s register.

“The Toyota Land Cruiser Prado had no registration plates and was parked at an Auto Clinic garage in the Eastlea area of Harare without clear indication of what had caused the faults necessitating repairs,” the report read.

The agency did not have proper papers to account for $1 898 294 availed to it as 2012 population census payables for allowances, food, accommodation and training allowances for the 40 438 field officers.

According to the audit, the agency also flouted the recruitment rules for people to conduct surveys, at times recruiting vendors with no mathematics at “O” Level, which is listed as the prime requirement for the 2017 Poverty, Income Consumption and Expenditure Survey.

Staff welfare was not one of the agency’s priorities, with some employees going for years without going on leave, while the organisation did not provide basics like teas and toiletries.

Some staff were handling duties they were not trained for and no performance appraisals were done for the past two years, forcing the agency to promote employees to posts not indicated on the organogram without conducting interviews.

“On enquiry, the management could not provide the job requirements and the approval of the board of directors and it was also noted that the promotions were done without consulting the human resources
department.”

In response, Dzinotizei said: “We are still discussing with the Auditor-General. We have sent her our responses and we are going to meet next week.”

He added that the Auditor-General’s report was still a statement that needed to be discussed and ZimStats was clarifying on issues.