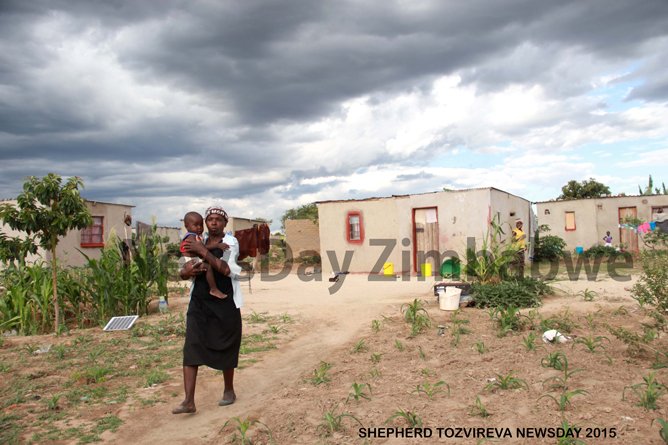 CHITUNGWIZA residents were up in arms with their local authority yesterday after council revealed plans to demolish over 11 000 illegal structures, subject to a court order.

The uproar came after the director of works, David Duma on Tuesday indicated that council had identified 40 houses.

However, residents said this was not the right time for demolitions as the country was battling to contain the COVID-19 pandemic which is ravaging the country.

They described the demolitions as political games involving two political parties — Zanu PF and the MDC Alliance — adding that they would not sit on their laurels as demolitions took place.

“First and foremost, in terms of legal statutes and in line with the devolution principles, the relevant council committees — the housing and the public works committees — were supposed to meet and make recommendations to the full council meeting,” the Chitungwiza and Manyame Rural Residents Association (Camera) director Marvelous Khumalo told NewsDay.

“A full council meeting could have been convened and a resolution passed which could have been sent to central government. However, in this case, they did not sit down. You would then ask where this kind of resolution emanated from when most of the councillors are not aware of it,” he said.

“Yes, we heard about it through the newspapers. However, you can’t do this during this time of the year when it is raining and when there is a COVID-19-induced lockdown. Where was the council all these years when people were putting up these structures? We have ascertained that some of the affected residents have been paying their rates to the council and they have been staying in these houses for many years.”

Chitungwiza Municipality spokesperson Lovemore Meya said there was no council resolution on demolitions, adding that the hullaballoo was caused by a leaked internal communication which went viral.

“It’s not yet official. It is only that the document which was still being worked on internally was leaked. However, as council, we would like to urge people not to construct illegal structures without council approval because demolitions will definitely come,” Meya said.

Gift Kurupati, the secretary-general of the Chitungwiza Progressive Residents Associations (Chipra) said: “What we know and have seen as residents is that it’s a government order that was given by the provincial development co-ordinator, Tafadzwa Muguti, and a directive was issued to the same by the Minister of Local Government (July Moyo) directing council to provide sites. That shows that it is not council on its own which is ordering the demolitions.”

Residents also questioned the manner in which Muguti allegedly interfered in the day-to-day running of Chitungwiza council.

However, Muguti indicated that he will work hard to bring sanity to the local authorities under his jurisdiction.

Chitungwiza Municipality has over the years threatened to demolish thousands of houses built on spaces reserved for clinics, churches, schools, cemeteries, recreational activities, roads and under high-voltage electricity pylons.

Dealer in court over $7,8m cocaine