CONVICTED fraudster and businessman Wicknell Chivayo’s woes continue to mount as he was arrested for alleged fraud yesterday at a time his contract with the Zimbabwe Power Company (ZPC), to establish the US$200 million Gwanda Solar Power Plant, has elapsed. 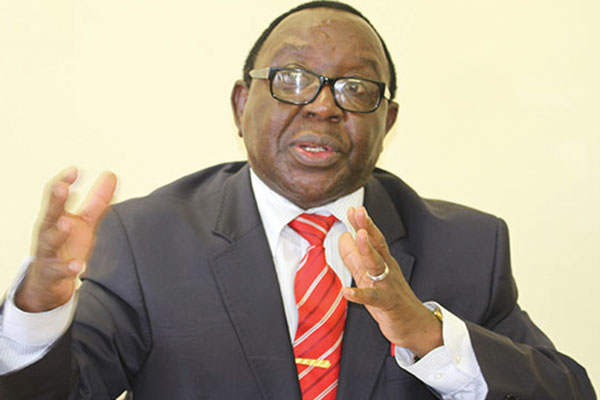 The contract is unlikely to be renewed.

Chivayo was yesterday picked up by police detectives for questioning in relation to his dodgy business deals.
An elite corruption-busting unit, the National Economic Conduct Inspectorate (NECI), has been on Chivayo’s case since December last year.

“I do not have all the details at the moment, but I can confirm that he has been arrested and is currently assisting police with investigations. I will give you the full details when I get them,” she said.

The Zimbabwe Independent has established that Chivayo’s company, Intratrek, will not continue with the project following the expiry of the contract as ZPC is not satisfied with how he used US$5 million meant for payment for pre-commencement work.

Government responded by giving Chivayo the greenlight to access US$52 million payment in order to continue with the doomed solar power project envisaged to feed 100 megawatts to the national grid and help ease the country’s power woes.

Chivayo blamed ZPC for lack of progress on the project but ZPC — a division of power utility Zimbabwe Electricity Supply Authority (Zesa) Holdings — is sticking to its guns and says it will not release any further funds to Chivayo.

Energy ministry permanent secretary Partson Mbiriri also confirmed the development this week, saying the contract that bound the two parties was no longer of any force of effect.

He said in addition to the expiry of the contract, funders had blacklisted Chivayo’s Chinese business partner, CHiNT Electric, implying avenues have been shut. This puts Intratrek’s partners in a highly unenviable position as no other company could deal with them in the future, Mbiriri said.

“The fact of the matter is that ZPC has written to Intratrek indicating that the contract on the Gwanda Solar Power Project has lapsed and there are of course implications when a contract has lapsed,” Mbiriri said, adding ZPC had not made any moves to renew the contract.

He also said Chivayo, in a recent correspondence to government, had not mentioned anything about renewal of the contract.

“There is no mention of ZPC wanting to extend of renew the contract. They have simply indicated that the contract has lapsed and that is where we are.”

Mbiriri revealed that the questionable dealings between Intratrek and ChiNT has also had repercussions on ChiNT’s standing in the eyes of the African Development Bank (AfDB) which had been the major source of funding for the project.

“At the same time, the AfDB, a very important financial institution (in financing Zimbabwe-related infrastructural development projects) has blacklisted ChiNT. ChiNT is the technical partner of Intratrek. When a company is blacklisted by World Bank, IFC, AfDB, you can only do business with that company at your own risk. This is very critical to note,” Mbiriri added.

In his letter, Chivayo tried to request a meeting with Mnangagwa, hoping to convince him the project still had life.

“Based on that, Intratrek has been lobbying and literally writing to every office wanting to meet those that matter and are influential, and at the same time has been conveying messages about itself and its capabilities.

“The fact of the matter is the funds that are being referred to (as funds meant for the project) have been funds where Intratrek has been asking ZPC to pay and that tells you the extent of the situation that this deal is in. There have been contradictory messages on the project, its funding, and its progress, and we need to be wary of what we are told is obtaining with regard to this solar project,” he added.

In the wake of the scandal, Moyo has since ordered ZPC to review its procurement processes and manage all its contracts to close gaps for some unscrupulous individuals in the company.

He told ZPC board and management during its Integrated Management System certification ceremony recently that government had its eyes on the company and instructed the entity to follow procurement rules.

He added that the level of tender-flouting scandals in the entity was overshadowing a “very functional entity”.

“ZPC has had some form of embarrassing moments. Today is not the day to talk about these, but clearly ZPC must improve on its procurement and management of all contracts, even the small ones.

“ZPC must follow to the letter all procurement regulatory requirements and manage all, I mean all, contracts diligently. That way, there will be no embarrassing moments on what is generally a functional statute enterprise. It’s a very functional state enterprise,” he said.

Moyo said corrupt individuals in the company were tarnishing the entire organisation.

“In a home where there are seven siblings who are all at school and there is only one thief in that home, people say that in that home there are thieves. They ignore all the good ones and focus on the bad one. So let’s avoid a single person tarnishing our image,” he said.