Chivayo to stand trial for bribery 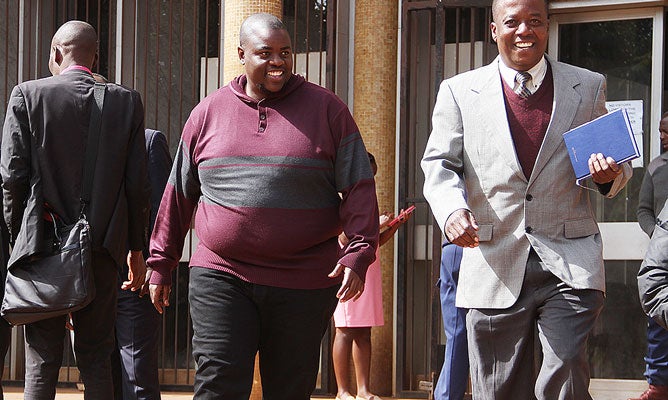 Flamboyant businessman Wicknell Chivayo, who is facing a charge of bribery after his company, Intratrek, transferred $10 000 to former Zimbabwe Power Company board chairperson Stanley Kazhanje’s personal bank account to try to influence the outcome of a tender process, is set to stand trial on November 18, 2019.

Chivayo and Kazhanje appeared before Harare provincial magistrate Francis Mapfumo, who remanded them to November 18 for trial.

Allegations are that in September 2013, ZPC invited bids for the construction of the Gwanda solar project and Chivayo, through Intratrek Zimbabwe, expressed interest.
In October 2015, the ZPC board held a meeting with Kazhanje as board chairperson.

During the meeting, Kazhanje allegedly directed that the ZPC management should award the tender to Intratrek.

It is averred that in the same month, the contract was signed between ZPC management and Intratrek without the latter providing a bank guarantee.

The prosecution alleged that Kazhanje received the money knowing fully well that it was bribe money to influence the ZPC board into picking Intratrek for the project.