. . . Elliot Chihambakwe was attested into the Zimbabwe National Army on October 1, 1997 and was discharged from service on April 31, 2009. This was after a Board of Suitability was constituted because of his disciplinary record.

The rapid crackling of popping gunfire broke the slumber of the normally sleepy town of Chivhu — a town located 146km to the south of Harare on September 5.

The melee that ensued as frightful bystanders scampered hither and thither for dear life and cover is still being discussed in the town to this day.

On that fateful Saturday afternoon, Lance Corporal Lorance Mupanganyana tragically and unfortunately lost his life in the line of duty, while his fellow serviceman, Corporal Peter Zvirevo, escaped with life-threatening wounds after the senseless attack.

A typically quick-fire response by the security services managed to locate and neutralise the two terrorists before they could pose a danger to the public.

In the aftermath of the tragic event, questions about the identity and motive of the terrorists continue to waft in the air.

The Sunday Mail Society travelled to Gutu in Masvingo to try and unravel the puzzle behind the ghoulish incident.

It is in Mukandatsama Village, under Chief Mazuru in Gutu, where Elliot Chihambakwe (46) and Elphas Jani (20) — the deranged gunmen — were born and bred.

The duo lived a spitting distance from each other.

Fellow villagers, who had no kind words, described them as callous individuals who had “short fuses”.

Apparently, they both had an uneasy relationship with the law. 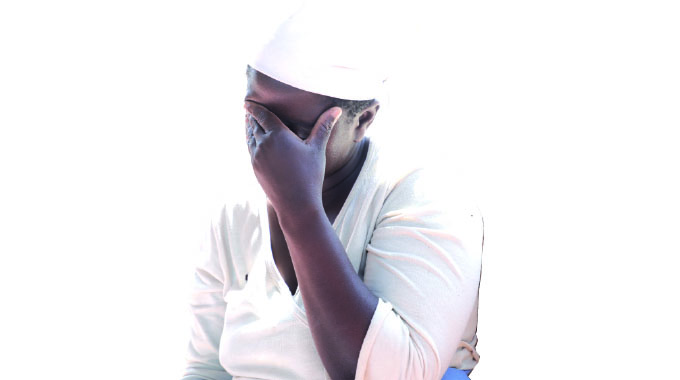 Chihambakwe was viewed as someone who was delusional and always sought to portray himself as tough, but when he tried to pit himself against security services, he woefully could not measure up. It seemed he had an antisocial personality disorder and was known to be thoroughly unempathetic.

He also seemed to have an axe to grind with the Zimbabwe National Army (ZNA) after he was dishonourably discharged for indiscipline.

“Please be informed that Elliot Chihambakwe was attested into the Zimbabwe National Army on October 1, 1997 and was discharged from service on April 31, 2009. This was after a Board of Suitability was constituted because of his disciplinary record.

“The ex-member was therefore found to be an undesirable character to continue serving in the army,” he said.

And it is believed that after he was discharged from the force, Chihambakwe migrated to South Africa where he is said to have been involved in criminal activities. The gun used to commit the abominable crime is alleged to have been smuggled from the neighbouring country.

Our visit to Chivhu Police Station to get an insight into preliminary investigation results drew blanks, as stationed authorities referred us to the Police General Headquarters (PGHQ) in Harare.

“We are not ready with the information; once we are, we will make it public, but for now we are still working on it,” said Zimbabwe Republic Police (ZRP) spokesperson Assistant Commissioner Paul Nyathi.

Chihambakwe’s neighbour, who spoke on condition of anonymity, said the late terrorist always looked like a silent killer. 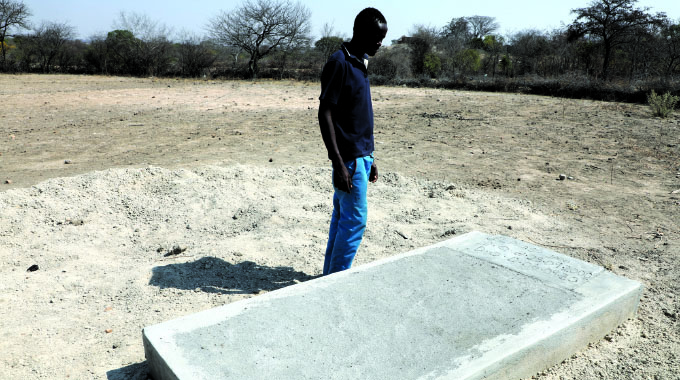 “He was a moody, quiet and unfriendly man, who was not only short-tempered but was also very arrogant. He would rage like a bull at the slightest provocation,” the neighbour revealed.

Headman Enias Munhikwi said Chihambakwe had a few friends and often isolated himself from others.

“He was not friendly and did not take part in community projects. He was a loner who often raged like a bull when wronged. His anger, over trivial issues, would at times baffle many,” said Headman Munhikwi.

Although the mastermind of the September 5 attack between the two is still unknown, locals are convinced it was the deranged Chihambakwe.

Ephraim Jani, elder brother to the late Elphas — the second gunman — said his sibling always had trouble with the law since he was a schoolboy.

He was reportedly expelled from Zimbizi High School after clashing with school authorities.“He refused to wear the school uniform and was subsequently expelled. He had issues with towing the line,” Ephraim said.

After being expelled, Elphas moved to Shurugwi, Midlands province, where he became a gold panner, which unfortunately led him to transfigure into a monster. In the small mining town, Elphas joined the infamous machete-wielding artisanal miners, who were initially referred as MaShurugwi.

Until the time of his demise, he was still a gold panner. Simon Mazuru, a close relative, said: “He used to be a jovial and respectful young man. Everything changed when he was expelled from school and became a gold panner. He became a disrespectful and aggressive young man.”

Some even speculate that by robbing the Zimbabwe National Army (ZNA) servicemen of their AK rifles, the duo wanted to use the guns to terrorise and rob fellow gold panners. 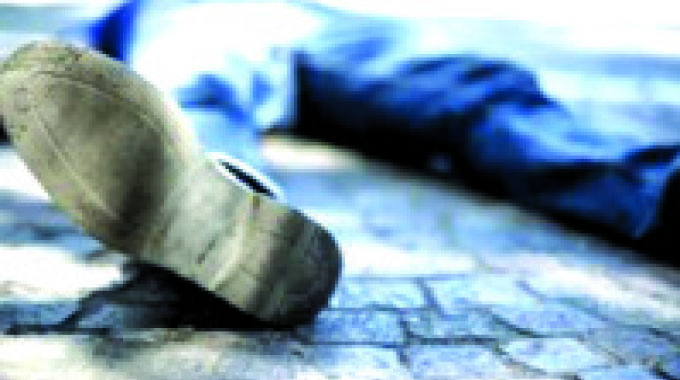 The perpetrators were gunned down by a specialised security team

It seemed Chihambakwe’s wife, Patience Chinyoka, was kept in the dark. She didn’t even know what he was up to, let alone that he owned a firearm.

“At one point I did not know what he was doing in South Africa. I then decided to visit him, following which I discovered he worked as a security guard.”

Elphas’ mother, Miriam Madakiwe, accuses Chihambakwe of “dragging” her son into the disgraceful world of crime.

“My son  . . .  was unknowingly dragged into the shooting by Chihambakwe,” she insists.

How the two eventually met and ended up having a disgraceful and ignominious demise at the receiving end of sharpshooters from the security services still remains a subject of conjecture.