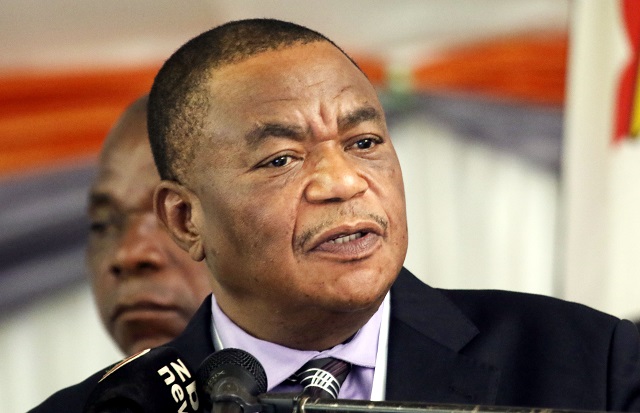 BY TAURAI MANGUDHLA
VICE-President Constantino Chiwenga has ordered a thorough investigation into cases of alleged corruption and theft of drugs by nurses and doctors at public hospitals.

This follows a NewsDay report last Friday exposing under-paid health personnel who had devised well-knit methods to supplement their incomes by charging extra money on desperate patients to get preferential treatment.

Sources yesterday told NewsDay that Chiwenga, who doubles as Health minister was jolted by the report and immediately ordered investigations in order to save the reputation of the Health and Child Care ministry.

“The ministry has instigated a thorough investigation into the matter with a view to uphold professionalism, improve service delivery and at the same time protect patients from errant staffers,” Mujiri said, noting that the ministry was yet to confirm prevalence of such malpractices.

“If so, such unethical and criminal behaviour has no place in the public health sector.

“Investigations will be carried out into our public institutions to ensure we deal with these malcontents who are bringing the ministry and government into disrepute while defrauding innocent citizens who are our very important clients and the same taxpayers whom we serve.

“We encourage members of the public to quickly report any such behaviour to our head of institutions or to the police,” Mujiri added.

Doctors and Nurses from Parirenyatwa Group of Hospitals (Parirenyatwa) and Harare Hospital, who spoke to this publication last week said they were forced into immorality due to the low salaries that cannot cover their monthly expenses.

Several patients from areas such as Chivhu, Mutare, and Masvingo told NewsDay that they had to pay bribes at the public health institutions to access treatment and drugs.

In a statement yesterday, Parirenyatwa Hospital said it had not received any reports of bribery or corruption involving its health personnel.

“Notices have been put at strategic points within the hospital with details of where members of the public can report any corrupt activities.

“Currently, the loss control department, working together with the Zimbabwe Republic Police officers on site, have come up with a schedule of an anti-corruption awareness drive,” the hospital said.