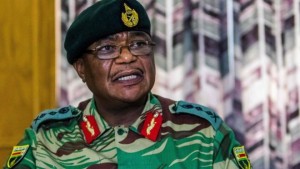 Serving and retired members of the Zimbabwe Defence Forces (ZDF) were among the most notable winners at an extraordinary congress convened by Zanu PF in the capital yesterday as they emerged with influential party posts. 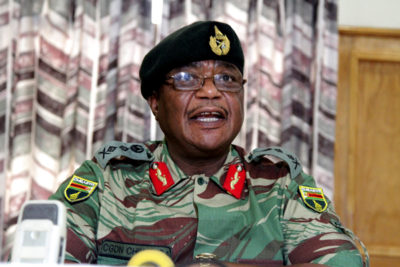 Rugeje, a veteran of the 1970s liberation war, is widely known for his abrasive political approach in his home province of Masvingo.

This was perhaps at the behest of members of the Zimbabwe National Liberation War Veterans Association (Znlwva) who have repeatedly been clamouring for one of them to be appointed to the influential post.

Also making it into the politburo was former ZNA colonel, Munyaradzi Machacha who was named principal of the Chitepo School of Ideology.

President Emmerson Mnangagwa said he was adding this portfolio so that all party cadres are taught what he called the “correct party ideology”.

Analysts said the military cadres were probably being rewarded for their role in propelling Mnangagwa to the position of head of State and first secretary of Zanu PF.
To all intents and purposes, veterans of the liberation struggle that brought independence in 1980 are now calling the shots in Zanu PF.

Outspoken chairperson of the Znlwva, Christopher Mutsvangwa, who consistently battled against Mnangagwa’s bitter political enemies, was rewarded with the position of secretary for information, communication and technology.

He takes over from Jonathan Moyo who fled into exile at the height of Operation Restore Legacy.

Mnangagwa attracted wild acclamation from the delegates when he jokingly said he was giving the post to Moyo’s good friend.

Both gifted with oratory prowess, Moyo and Mutsvangwa freely entertained the public by engaging in extreme verbal exchanges through the press.
Znlwva secretary-general, Victor Matemadanda, himself a former soldier, was appointed to the politburo.

She interestingly replaces former first lady, Grace Mugabe, who had fired her from the women’s league shortly before the military intervention.

The powerful presidium position of Zanu PF national chairperson was resuscitated and given to Oppah Muchinguri-Kashir, another veteran of the liberation war.

The generals, whose involvement in the country’s political affairs has also raised some
eyebrows, sat in the front row and those who gave solidarity messages lined to shake their hands afterwards. Daily News