Chiwenga poised to topple Mnangagwa, as another coup imminent in Zimbabwe 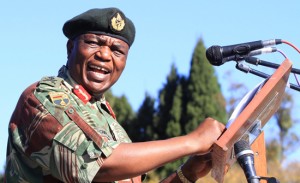 Source: Chiwenga poised to topple Mnangagwa, as another coup imminent in Zimbabwe – The Zimbabwean

The 30 July 2018 harmonized elections were like no other ever held in the country for so many reasons, but the most outstanding was the huge difference between the two-thirds majority won by the ruling ZANU PF party, and the very slim 50.8 percent that president Emmerson Mnangagwa obtained.

Why would a political party garner such a large majority, yet its leader scraps through with such a paltry margin?

What is going on within ZANU PF?

What adds to this mystery is that even after this alleged win by Mnangagwa, there were virtually little or none of the traditional spontaneous celebrations by his party.

Actually, one week after the announcement by the electoral commission of the the presidential election results, even the usual state media puppets and sycophants have been trying, but to avail, to scrounge around for some semblance of celebrations by the ruling party for their president.

The customary congratulatory adverts, usually by ministries, state-owned companies, and other government entities, are conspicuously missing from the state broadcaster ZBC.

Furthermore, there is widespread confusion as to who is really running things in the government, as we have witnessed solders being deployed onto the streets on 1 August 2018, who shot and killed at least six innocent protestors, yet the president – who is also the commander-in-chief of the defence forces – professed ignorance on the deployment.

Similarly, Mnangagwa appeared not to know who sent the police to physically disrupt a press conference by the opposition MDC.

So, exactly what is happening in Zimbabwe?

Several hypothesises have been thrown around, but from my own understanding of the probable goings-on in ZANU PF and government, there had been a power-struggle between Mnangagwa and his deputy Retired General Constantine Chiwenga – who masterminded and spearheaded the November 2017 military coup, as the then commander of the defence forces.

During the coup, it is said that Chiwenga wanted the international community to accept the military action, by having a civilian as the face of the ‘new dispensation’ – similar to what Abdel Fattah al-Sisi did after the Egyptian coup in 2013.

Just as al-Sisi, there was supposed to be a puppet civilian, who would serve as president for only one term, then would make way for the real coup leader, who would have retired from the military.

However, it is reported that Mnangagwa has broken this promise to step down, as he has made several public proclamations to the effect hat he intented to serve both his terms, something that has clearly not gone down well with Chiwenga.

In fact, Mnangagwa has not made it a secret that there were plans by some ZANU PF senior officials to remove him soon after the 2018 elections.

The two – Mnangagwa and Chiwenga – have already squabbled over senior party and government appointments, including the very post of vice president, which the former wanted to be given to Oppah Muchinguri-Kashiri, yet the latter wanted it for himself – which he got.

There have been several other ‘fights’ between the two, but the recent one, where several of Mnangagwa’s close allies, most notably, Muchinguri-Kashiri, Chris Mutsvangwa, and July Moyo, either lost in the ZANU PF primaries, or the harmonised elections.

Furthermore, the fact that Mnangagwa himself nearly lost the presidential election, whilst his party had two-thirds majority, seems to give credence to the presumption that the military is in complete charge of state institutions, including the electoral commission, and ‘gave’ Mnangagwa just enough votes to secure the presidency, so that in the event of another military intervention – as happened to then president Robert Mugabe – the coup leader would continue with the presidential term.

The signs are there for both the local and international community to see that another coup is imminent in Zimbabwe.

Mnangagwa is not going to survive being a president for much longer.

Both regional and international organisations were warned about the folly of endorsing last year’s coup, as this would set a dangerous precedence, in the country and continentally – yet, no one listened.

In fact, some people in Zimbabwe celebrated this anomaly.

As the situation unfolds, there is a real danger of a more violent coup this time around, than when Mugabe was removed, as it is most unlikely that Mnangagwa will go peacefully.

These are two guys who enjoy relative support in the Zimbabwe military, and a South Sudan scenario is most likely – whereby, war broke out when president Silva Kiir dismissed his deputy Riek Marcha, resulting in a bloody civil war.

If this is to happen in Zimbabwe, both the regional and international community, which hailed last year’s coup as a ‘peaceful transfer of power’, have the blood of Zimbabweans on their hands.

People were so obsessed with the removal of long-time tyrant Mugabe, who had brutalised millions of Zimbabweans through his policies, that they never took the time to ponder the possible repercussions of this coup in the short to medium term.

That was very foolish on the part of those who celebrated.

Mnangagwa is on the verge of being ousted in another coup, and it is time that both the regional and international community to redeem themselves and correct their earlier mistake, by intervening now to prevent an imminent shedding of blood.

However, as per norm, there should not be too much hope placed on SADC, and the AU – as they are more of fire-fighters than preventing the fire breaking out in the first place.

° Kudakwashe Sheddy Marangwanda is a UK based activist.