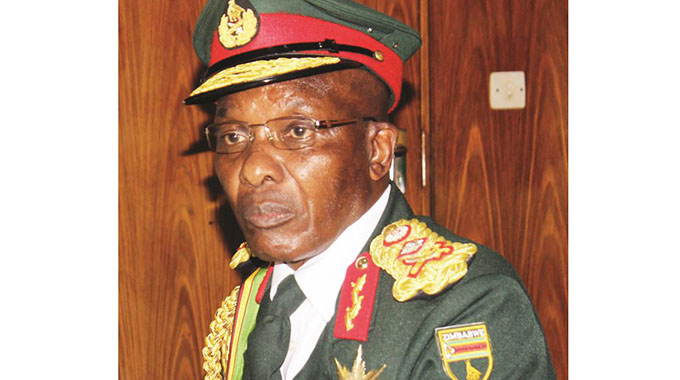 Q: How is the ZNA contributing to national peace and stability?

A: The ZNA is a product of the Constitution of Zimbabwe (Section 211-218). By defending the country from would-be aggressors, maintaining public order, supporting civilian authorities in public emergencies, as well as deploying outside Zimbabwe in defence of the country’s national interests, the ZNA has managed to bring stability in the country. Stability in a country is when there is an enabling environment for investment, where citizens enjoy the freedoms of expression, worship, association, e.t.c and the ZNA has managed to establish that.

Q: How is the ZNA contributing to economic development?

A: It is every investor’s wish to put his/her money in an environment which is conducive for him/her to make a footprint, and that is a peaceful and stable environment. As the ZNA, it is our constitutional mandate to establish and maintain such an environment.

Q: What is your comment as Commander ZNA on Operation Restore Legacy?

A: Operation Restore Legacy was a people’s operation whose objective was to arrest a potentially volatile, social, economic and political situation in the country. The operation was launched to rescue the values and the ethos of the liberation struggle that had been threatened by counter revolutionaries of the so-called G40 Cabal. As you may be aware, the operation witnessed millions of our people spontaneously taking to the streets regardless of their colour, religion, race, creed and political affiliations. The target of the operation was those criminals that had surrounded the former President, causing anxiety and despondency among the people of Zimbabwe. The popular uprising by the people saw the voluntary resignation of the former President. If he had not resigned, the impeachment process by the Legislature that had been set in motion by Parliament could have seen the ignominious end to the former President’s political career and legacy.

Q: What are the long-term effects of the new dispensation policy mantra that “Zimbabwe is Open for Business,” in terms of security?

A: From a security perspective, it is always a plus to enjoy cordial relations with one’s neighbours in the region and the global world. This ensures that one enjoys military cooperation and all other exchange programmes with friendly armies. This is the new situation in which the country now finds itself in, as opposed to the isolation that was prevailing before the new dispensation. Obviously, the conditions of service for members will ultimately improve with the boost in the national economy that is going to be brought about by the country opening up for business. Suffice to mention that the opening up for businesses will not only benefit the military, but will cut across all sectors of life in Zimbabwe.

Q: As the recently appointed Commander of the ZNA, what is your vision and mission?

A: My vision as the Commander ZNA is to provide a highly professional land force capable of carrying out its constitutional mandate. My emphasis is placed on officers, men and women to continuously apply themselves professionally in and outside their barracks. This calls for the highest standards of training and maintenance of discipline. My mission as the commander is to defend the sovereignty, territorial integrity and national interests of the Republic of Zimbabwe and to contribute to regional and international peace and security. For me to achieve this mission, the ZNA members must constitute the critical mass that I and their commanders require. I am, however, aware that there are certain aspects that need to be addressed for us to perform to national expectations. These expectations entirely depend on the overall performance of the national economy as I have mentioned earlier on.

Q: What is your message to officers, men and women of the ZNA on marking the 38th ZDF Day Celebrations?

A: First and foremost, all members of the Zimbabwean National Army must be professional. They must unquestionably remain loyal, patriotic and a disciplined force. All their operational activities must always be guided by the Constitution of Zimbabwe. As you know, the roles of the ZNA both primary and secondary are mandated from the Constitution.

Members of ZNA must always remember that they contribute an important pillar in the defence and security of the nation and play a critical role in upholding peace and stability and promote national cohesion that creates investor confidence, which is a driving factor towards our socio-economic transformation.

Newer Post
Chiwenga poised to topple Mnangagwa, as another coup imminent in Zimbabwe
Older Post
‘Time for politics is behind us’