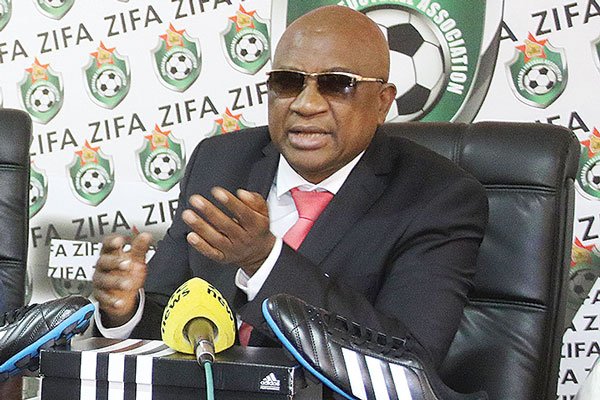 AN attempt by the former Zifa board led by Philip Chiyangwa to shield assets owned by the football mother body from being sold to cover its debts has come to haunt the current leadership after the High Court ruled that such an act is illegal.

High Court judge Justice Priscilla Munangati-Manongwa has ruled that Zifa and its subsidiary, Zifa (Pvt) Ltd had no right to trade off a house which had been placed under judicial administration without the court’s consent.

Zifa has been embroiled in a house ownership wrangle with Maxwell Ndudzo, who is accusing the association of double dealing after selling the property that had been attached and sold by the sheriff of the High Court to his company, Max Haivo Electrical Hardware.

But Justice Munangati-Manongwa ruled that the transaction should be reversed because it was done fraudulently before she punished the association with an order to pay legal costs incurred by Ndudzo.

“It is the court’s conviction that given the aforegoing findings, the applicant, (Ndudzo) is entitled to the relief sought. The application be and is hereby granted. The deed of transfer dated April 4, 2017 registered in the office of the third respondent (registrar of deeds) at Harare in respect of a certain piece of land situate in the district of Harare called 100 of Kensington Estate be and is hereby cancelled,” part of the judgment read.

Court documents suggest that Zifa, through its private entity, Zifa Private Limited, sold and transferred a house in Kensington to a questionable entity; Olive Touch Investment, at a time the sheriff had lawfully attached the property and sold it to Ndudzo on behalf of the association’s creditors.

According to a deed of transfer prepared by Ngarava, Moyo and Chikono Legal Practitioners in April 2017, Marshal Jonga, a staffer at Chiyangwa’s investments at the time, had sold the house to Olive Touch Investment.

Documents at hand also suggest that Jonga illegally sold the house on behalf of Zifa Private Limited because the association tried to evade its creditors.
The court documents state that proceeds from the sale of the house were supposed to pay Lazarus Mhurushomana and other Zifa creditors, but Jonga entered into an illegal deal with Olive Touch, a company that had no known operating address.

Fredrick Gijima, a lawyer representing Ndudzo stated in court papers that the sale of the house to Olive Touch by Jonga was fraudulent since his client had already paid for the same property through the sheriff.

Ndudzo had offered to buy the house as the highest bidder through a public auction done by the sheriff of the High Court. Proceeds of the sale were meant to settle money owed by Zifa to some of its creditors, among them Led Travel and Tours.

Zifa, represented by Advocate Lewis Uriri, unsuccessfully tried to separate the Zifa Pvt Ltd and the association saying the said creditors who had attached the property in question were wrong because the two entities were distinct.