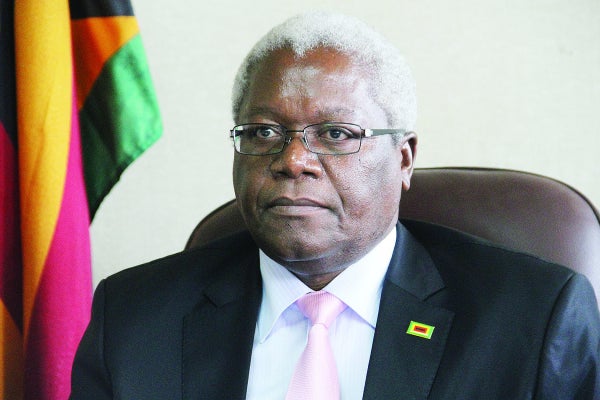 THAT it is now more than one-and-a-half years since former Finance minister Ignatius Chombo was arrested in dramatic fashion at the height of a coup that toppled ex-President Robert Mugabe, speaks to the efficacy of Zimbabwe’s justice delivery system.

Because, at the time of his arrest, Chombo was painted as one of the many “criminals surrounding” the former President, the nation should have by now forgotten about him, having since been thrown behind bars for a long time.
But alas, Chombo is still among us; and as his case becomes stale, so has the essence of his arrest paled away into insignificance.

But his continued hogging of the limelight is beginning to raise eyebrows and inadvertently shining the spotlight on our Judiciary.

Chombo’s case is intriguing and an excellent case study for a doctoral thesis zeroing in on the functionality of our justice system.

November 14, 2017 is the exact date when Chombo was arrested by the military as Mugabe was placed under house arrest. Charges mainly centred on fraud dating back to 1997.

Despite successfully applying for bail on December 14, 2017 — exactly a month after his first arrest — Chombo was re-arrested. And the charge: Wearing Zanu PF regalia without authority.

The proper wording of the charge was “criminal nuisance”. This was after photographs of him and two other colleagues — who were also arrested in November 2017, went viral on social media.

In the photographs the accused were wearing caps emblazoned “ED” and “Kutonga Kwaro”. Late January this year, a warrant of arrest was issued on him after he failed to appear in court to answer to charges of “unlawfully” wearing the Zanu PF regalia.

And with the drama around Chombo showing no sign of abating, last month the former minister’s passport was theatrically seized by State security agents at the Robert Gabriel Mugabe International Airport as he was about to leave the country for a medical check-up in South Africa.

This is where we are now with the long-running and seemingly endless case of Chombo, now ailing. Despite having been given back his passport by the courts, it boggles the mind what exactly is happening with our justice system.

We now have a person who was charged, but never tried and is being denied the right to seek medical help abroad.

Why has Chombo’s case taken this long to be dealt with? Meanwhile, it is getting murkier as new dimensions keep popping up almost daily.

Is Chombo’s case still to do with justice or it is now a political game by some bent on settling political scores? We understand Chombo may have several properties dotted around the country. Can the State not seize them all if, as it fears, he does not return from his medical sojourn to South Africa?

If it’s about politics, then we are afraid to say that this case could end up damaging the reputation and general image of our court system.

Chombo’s case can easily dissuade some potential investors, who may end up questioning the efficacy of our Judiciary.

Added to this whole drama is the issue of human rights, which we have hardly scored well since independence. We sincerely believe that the merry-go-rounds on Chombo and his ilk are not helping us at all as a nation. The case is effectively destroying all the goodwill that may still be out there.