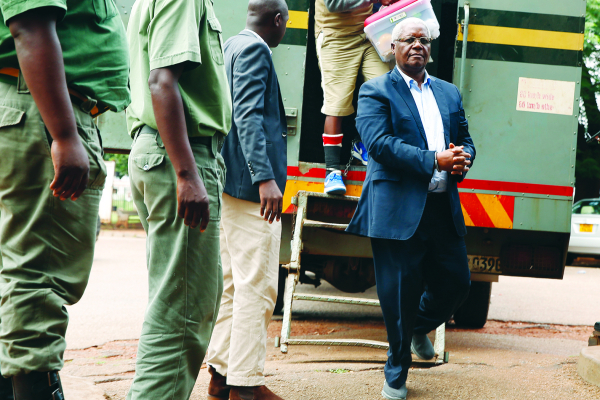 BY DESMOND CHINGARANDE
FORMER Cabinet minister Ignatius Chombo is now a free man after the Harare Magistrate’s courts on Tuesday removed six charges of corruption and fraud that he was facing.

Several other corruption allegations against the former Local Government minister were stayed by the Supreme Court.

The former minister was arrested by the military during the 2017 infamous ‘operation restore legacy’ and was brought before the court after several days in the custody of his captors.

He then challenged the arrest and detention saying it violated his constitutional rights.

Chombo was removed from remand by magistrate Stanford Mambanje who said the State had failed to bring the accused to trial.