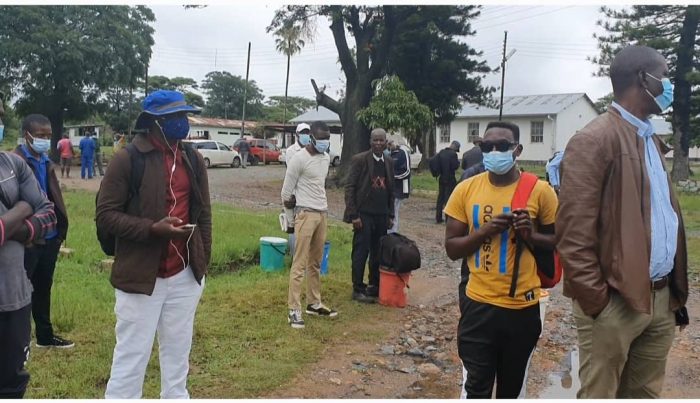 A total of 45 inmates were released for the holiday that starts today to December 28.

11 inmates from Marondera female open prison went home at 8am while 34 inmates were released from Connemara Open prison at 2pm.

Another batch of 29 males and 10 female inmates will be released on December 29 for New year’s holiday.

ZPCS officer in charge at Connemara, Superintendent Thandani Ndlovu said open prison was different from closed cells and inmates have some liberties.

“Open prison is meant for preparing ex-offenders to be reunited back with their families and communities where they have committed crime. We release them every year for Christmas holidays as part of the re-integration process,” he said.

One of the prisoners, who was convicted of abuse of office, Robert Tapfumaneyi told the NewsDay that Connemara Open Prison had shaped them to be the new members of society.

“Open prison has transformed us into new human beings”

“This is not the first time to go on holiday and maybe the first experience might have been difficult for some but now we are going again. We expect to be welcomed and be happy with our families this festive season,” Tapfumaneyi said.

Lovemore Chikwanda, director for Jedidiah Trust, a non-profit making organisation that was formed to empower inmates and their families during and after incarceration said the Christmas holiday for inmates would restore broken relations between children and their parents who were incarcerated.